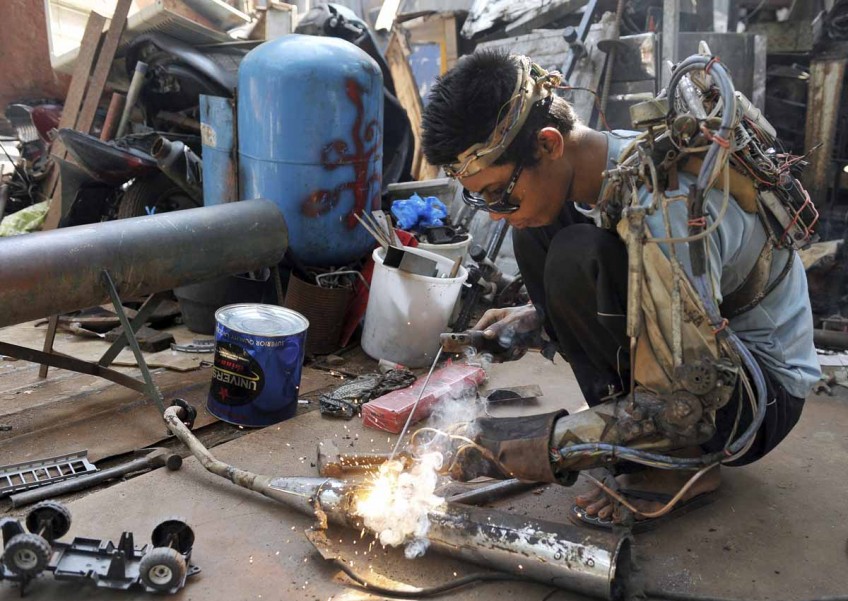 Unable to work and provide for his family, he used his skills to create a gadget that earned him the nickname of "Iron Man".

The arm brace is made of bits and pieces from his workshop.

It's attached to a head gear which transfers energy fuelled by his thoughts to the robot arm, according to Mr Wayan.

Although his invention has no scientific backing, it has made him a local celebrity.

Many were inspired by his story - a humble man who has overcome his disability to support his family.

But others say his contraption is bogus.

Local media says the Bali Governor was so moved by his story he paid Wayan a visit and donated US$3,600 (S$5,146) so he could continue proper medical treatment.