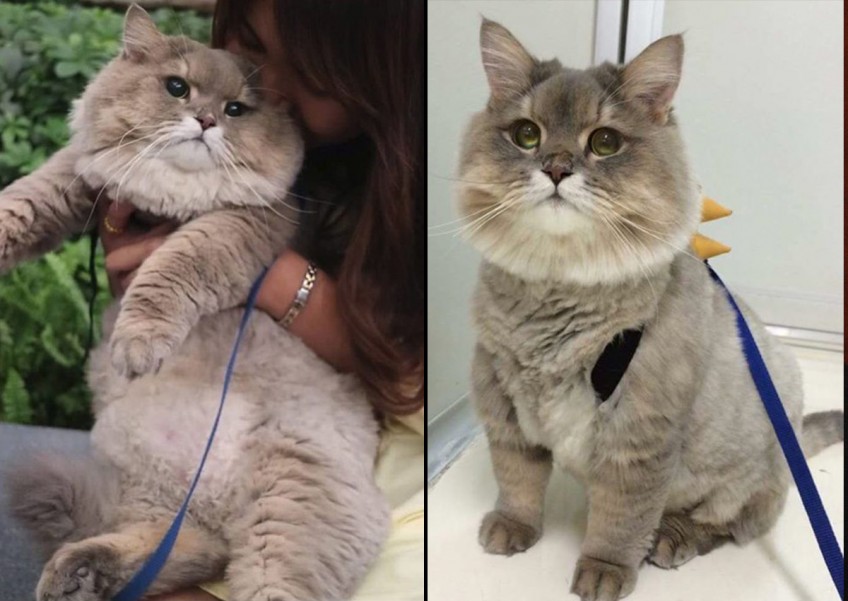 You might not have heard of him yet, but up-and-coming social media darling Bone Bone has been making waves around the world ever since he made his way into the public eye.

But Bone Bone is no ordinary pet cat.

The 5-year-old mixed-breed Persian cat hails from Bangkok, Thailand, and weighs in at 9.2kg. His favourite food is boiled prawn, according to a description on his Facebook page.

On his Instagram account, Bone Bone tracks his adventures around Thailand, where he is often seen carrying a yellow spiky backpack, or doing general catty things and being adorable. Not that he has to try - his extra-fluffiness makes him cute even if he's just sitting there innocently.

Once in a while, a few lucky fans even get up close and personal to take selfies with him! That's right - he has fans. Not one, not two, but close to 52 thousand people follow him on Instagram, while over 157 thousand users have liked his Facebook page. That's thousands of times more than what most of us can lay claim to.

No surprise, though, seeing as how unfazed he is by all the attention showered on him. We always love the ones who play hard-to-get, don't we?