Mekong delta will be partly submerged 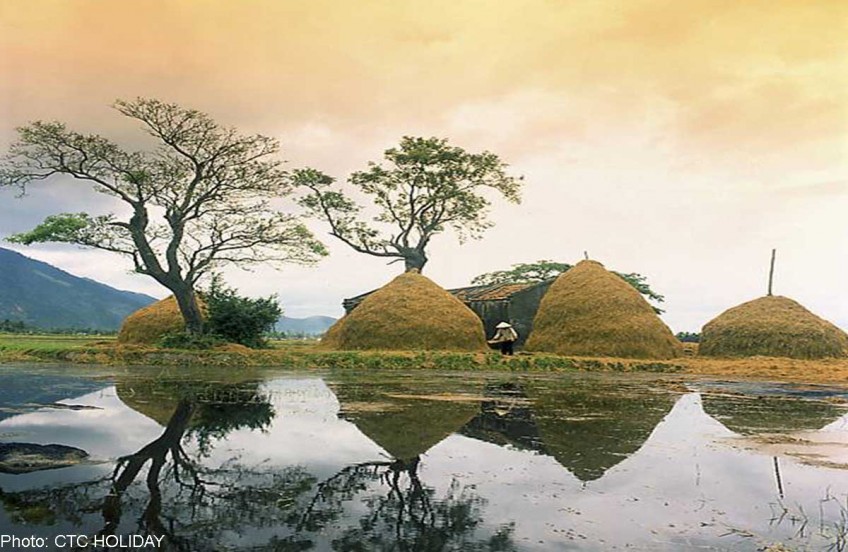 A Vietnamese farmer at work along the Mekong Delta.

By the end of this century, 20 per cent of Vietnam's business hub Ho Chi Minh City will be inundated and 39 per cent of the Mekong Delta will be submerged, according to a Vietnamese study.

Such a prediction might not be so accurate. The study only used the map and assumed that the ocean would rise some centimetres, but could not say exactly how high.

However the climate change phenomenon in this century would have some severe implications for the Mekong Delta and the livelihoods of the local people.

The "Mekong Delta Plan: Long Term Vision and Strategy", conducted by Vietnam's Natural Resource and Environment Ministry and the Dutch government, indicates that climate is already changing the delta, which ranks among the top five in the world most likely to be severely affected by climate change, according to the report, which was released last December.

Despite limited precise meteorological and hydrological data, trends in temperatures, rainfall and sea levels are noticeable. Together with rising temperatures and shifting rainfall patterns, the sea level is expected to have a huge impact on the physical condition of the Mekong Delta, according to the report.

While climate change alone is harsh enough, the environmental problem in the Mekong Delta is also compounded by hydropower projects upstream. The two factors would amplify hydrological effects and changes in the delta.

Such changes would produce effects on people, their health, livelihoods and prosperity. In the flat area of the delta, the predicted sea level rise can result in a large area of |permanent and more frequently inundated coastal plains.

Rice production, in particular, would be affected through excessive flooding in the tidally inundated areas and longer flood periods in the central part of the delta.

Local farmers interviewed by The Nation felt the changes over the past years. The changing rainfall, temperature and flooding took a toll on their production.

Local people in Can Tho were concerned but did not panic as many of them said they can adjust production and crops in response to the changes. The water level in rivers obviously fluctuates every year, said orchard worker Vo Van Co.

"Of course we can adjust, but it is difficult for all of us to predict the level of water in each crop," he said.

The Vietnamese government has experience in preparing plans for socio-economic development. Authorities have conducted numerous studies to cope with the environmental changes.

Water governance in the Mekong Delta has improved over the years to meet the need. Projects are under implementation to prevent impacts from the changes in the rice bowl of Vietnam.

However, local ecologists said the country still had no vision or systematic plan. While climate changes have no administrative boundary, provincial authorities in the areas are working separately and even completing with each other.

They cannot address common challenges and work together. With the Mekong Delta plan, this current plan and coming plan in the future try to bring all approaches to work together, they said.