Yumi Ishikawa had been standing for hours in the black high heels she was required to wear for her work as an attendant at a funeral home in Tokyo. The pain surging through her back, legs and feet was excruciating, as she looked enviously at her male colleagues strolling about in flat, black brogues. "If women were allowed to wear shoes like that, our jobs would be less uncomfortable," she thought to herself. And so she tweeted this thought.

That tweet, in January 2019, instantly went viral, gaining more than 68,000 likes. Soon, a movement was born. #KuToo - a combination of the words kutsu (shoe), kutsuu (pain or agony) and the MeToo hashtag, became a hot topic in Japanese media and on social networking platforms.

The campaign has launched countless online discussions about a woman's right to comfortable footwear, many of them featuring photos posted by women of their bloodied shoes and feet. The movement has even inspired artwork, including a manga cartoon featuring a tiny office worker dismantling the heel of a black formal shoe.

To date, more than 16,000 people have signed a petition Ishikawa created on Change.org in February; the form urges Japan's ministry of health, labour and welfare to stop companies from pressuring women to wear high heels for their work.

While high heels are not explicitly part of most companies' dress codes, Ishikawa, 32, said they were often an "unspoken rule" that went unchallenged. "Job-hunters are told 'It's good manners for women to wear heels,' by office clothing salespeople and job-hunting instructors," she said.

"Since this movement began, I have seen some companies say 'we don't force people to wear heels at our workplace'," said Ishikawa, adding that such companies are few. "The government needs to understand that this is a social problem and [is] discrimination against women - not a problem we face as individuals."

According to the local press, a survey found that 70 per cent of women working in Tokyo wore high heels at least once a week. However, social expectations that women should wear heels are widespread across the country. In 2017, the Hilton Hotel Osaka reportedly offered female customers cocktail discounts based on the height of their heels; the heel had to be higher than 5cm to receive the minimum 10 per cent discount, while a 15cm heel granted the patron 40 per cent off their drink.

Kaori, an office worker in her thirties, said that although she worked for a slightly more relaxed Japanese travel conglomerate, the company dress code still required women to wear shoes with "a heel".

"Staff in retail outlets and customer-facing positions are required to wear uniform or business attire, including high heels," she said. "I primarily work behind the scenes so the dress code is a little more relaxed, but we do need to be smart and professional at all times," said Kaori. Jeans and trainers were definitely out, she said.

While high heels continue to be popular footwear for women in neighbouring countries like China, South Korea and even North Korea, experts say they are outdated as a workplace requirement. In 2017, the Philippines became the first Asian country to take a stance against companies enforcing mandatory high heels. The nationwide ban took place after four women complained about the issue to a labour union who took the matter to the government.

Although the longterm wearing of heels comes with health risks like muscle damage, around the world they are still perceived as a symbol of femininity, said Elizabeth LaCouture, director of the gender studies programme at Hong Kong University.

"It's part of a Westernised corporate culture," said LaCouture, who lived in Japan for a few years. She said this was especially noticeable in Japan where the austere black suit had become the symbol of salarymen and salarywomen.

"It goes back to the conservatism of traditional business culture … Heels are part of a woman's uniform in many ways, and men are also beholden to a kind of office uniform," she said. "It's just that their shoes are a little more comfortable."

Ishikawa, the originator of the #KuToo movement, said high heels were representative of the many inequalities faced by modern Japanese women. 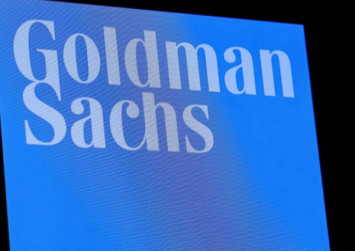 "The biggest problem in Japan is that many people assume there's no problem regarding gender equality," she said.

Victims of sexual violence were often criticised, said Ishikawa, citing a recent high profile case in which a woman's allegation of rape was dismissed on the grounds she had been too drunk to fight back.

Ishikawa also pointed to a recent medical school scandal, in which the exam results of female students were altered to restrict some from becoming doctors and the long-standing social expectations that women should quit their jobs, become homemakers and be attractive.

Some critics of the KuToo movement have called it "selfish", but Ishikawa and other supporters hope it will be a step towards gender equality in the workplace.

"Although the Japanese economy has been in recession for many years, it is also facing a shrinking population and low birth rates," said LaCouture, the scholar. "They actually need women in the work force, and that's what going to change [these expectations] - when workplaces realise they need female employees."