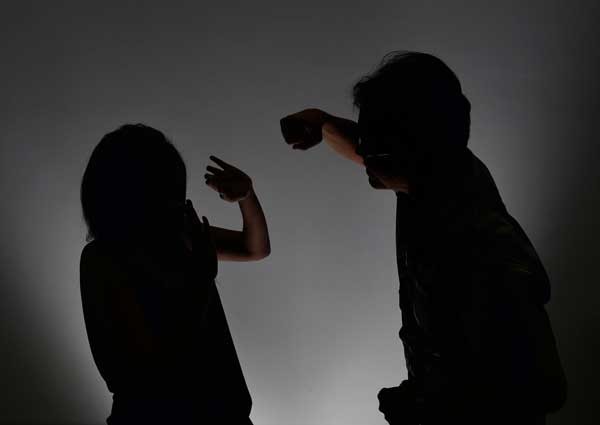 Posed photo of a man scolding a woman to illustrate an article on abusive relationships.
The New Paper

A migrant woman whose marriage ended in divorce due to spousal abuse is still eligible for Korean nationality, a court said Monday.

The Seoul Administrative Court ruled in favour of a Chinese woman who asked the court to cancel the Justice Ministry's decision not to allow her to become a naturalized Korean citizen.

The ruling came after the Justice Ministry disapproved the 47-year-old woman's application for Korean citizenship last October, citing that she was responsible for the divorce.

According to the Nationality Act, foreign residents who have lived in Korea for more than five years can apply for Korean citizenship.

Migrant spouses who are unable to meet this condition for reasons they are not responsible for -- such as divorce due to domestic violence -- can still seek to be naturalized if approved by the Justice Ministry.

"The plaintiff qualifies to be naturalized as a Korean citizen as she has lived here for more than five years from 2008 to October 2016," the court said.

The Chinese woman stayed in South Korea on a marriage-based F-2-1 visa since November 2008.

She married a Korean man in September that year.

Her husband subjected her to constant physical abuse, including burning her with a cigarette.

She ran away from home and filed for divorce in July 2011, which was finalized in May 2012. She then applied for Korean nationality in 2014.

The Justice Ministry turned down the application, saying she was responsible for the divorce because she fled from her home and husband.

The ministry also cited that she was not able to make a living for herself here.

The court ruled that the ministry "abused" its authority, acknowledging that she could not continue the marriage due to the violence from her husband.

It also viewed that she is able to make a living in Korea, given she has paid for insurance coverage since May 2009.