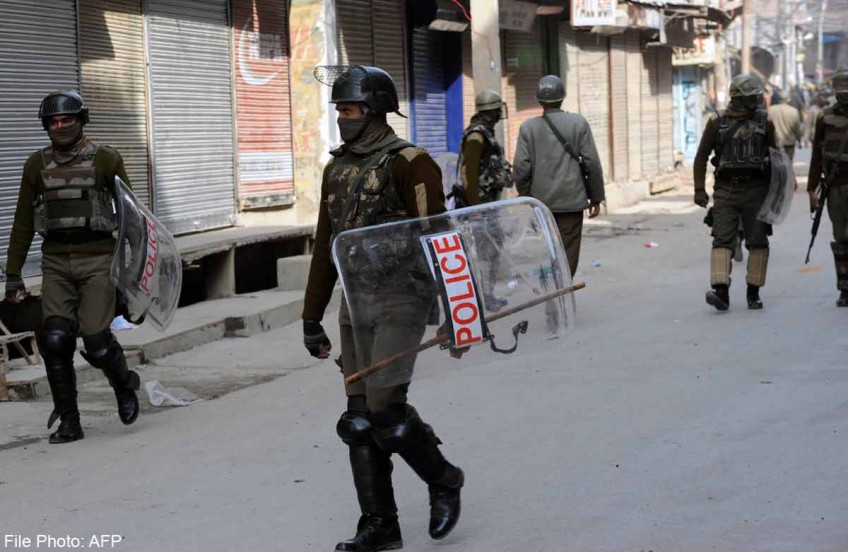 Another two people were wounded in the attack, the first to hit India's only Muslim-majority state since the ruling Hindu nationalist Bharatiya Janata Party took power this month in a coalition government.

"Two policemen were killed in the attack. They (militants) have been confined to the police station," director general of police K. Rajendra told AFP.

He said a policeman and a paramilitary trooper were wounded in the attack near the town of Kathua, 350 kilometres (220 miles) south of the state capital Srinagar.

A police officer speaking on condition of anonymity said three paramilitary troops had also been killed, but this could not immediately be confirmed.

Kashmir has been divided between India and Pakistan since independence from Britain in 1947. Both claim the Himalayan territory in its entirety.

Several rebel groups have been fighting Indian forces since 1989 for independence or a merger of the territory with Pakistan.

The fighting has left tens of thousands dead, mostly civilians.

Violence in the region has substantially declined during the last decade, but armed encounters between rebels and government forces occur regularly.