An Uthai Thani house is under attack by a swarm of “stinking” insects after a heavy downpour in the province last night (May 10). 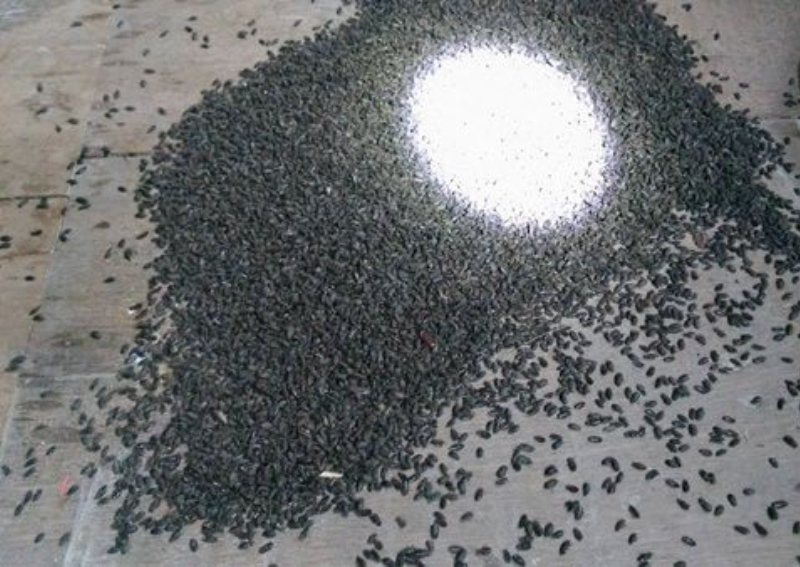 Most of the insects are local beetles, which have now taken over the house, attaching themselves to the floor, walls and ceiling.

Hapless house owner Jetsada Phaibong, 39, and his wife said they tried to frantically sweep the countless insects away but have become too tired to continue. 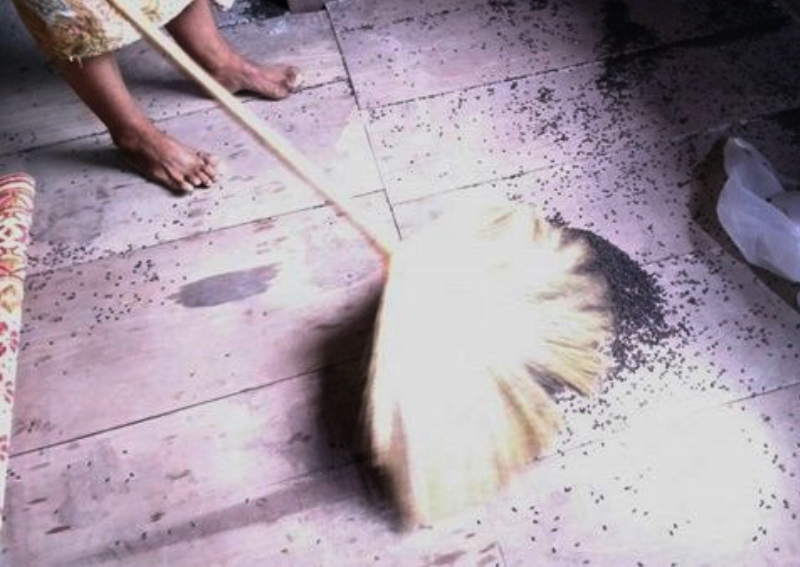 They believe the insects might number close to a million. The couple also resorted to using insecticide, but to no avail – the tough little insects are still very much alive.

To add to the couple’s misery, the beetles are letting off an unpleasant odour and creeping all over the place, and have forced the owners to sleep outside their house. 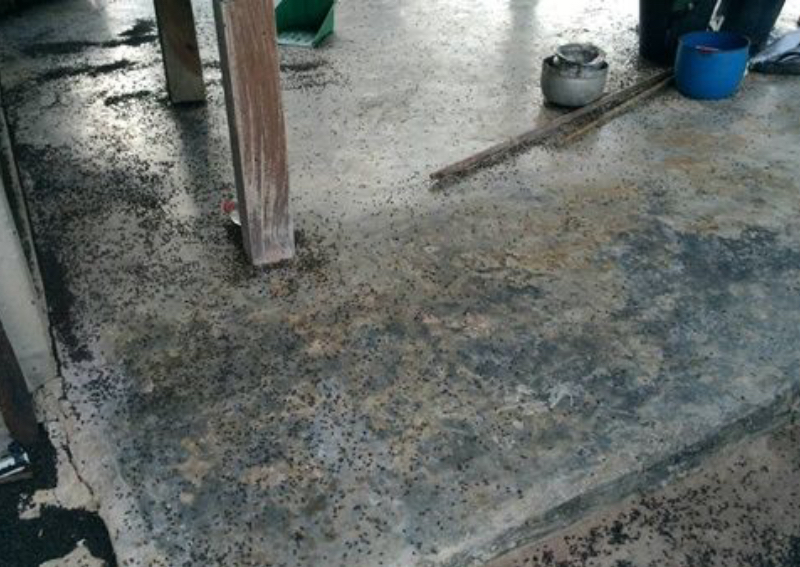 The couple have asked local officials to promptly get rid of the insects so that they can reclaim their home.