Missing flight QZ8501: Doomed flight was not approved by Indonesia 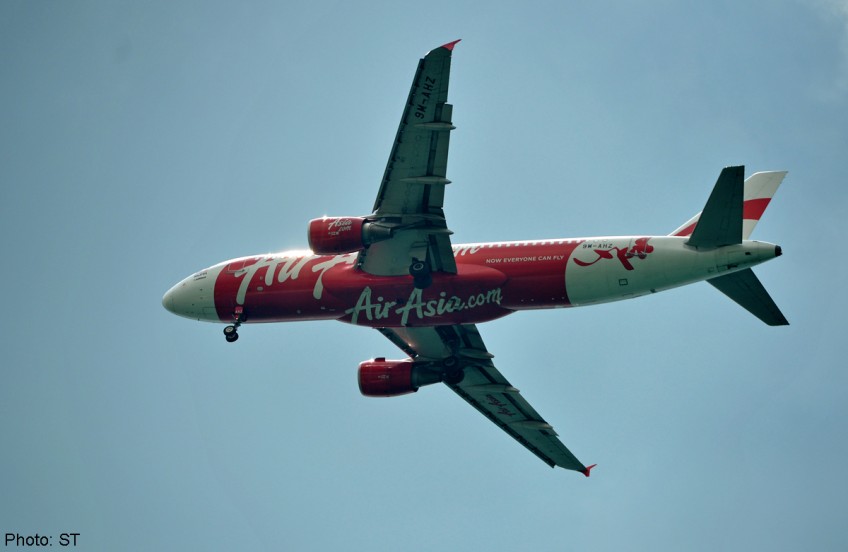 Indonesian officials made a surprising revelation last Friday - that Indonesia AirAsia did not have permission to fly from Surabaya to Singapore on Sundays, including the Dec 28 morning that Flight QZ8501 crashed.

In the wake of the development, Singapore's civil aviation regulator issued its own clarification in response to media queries yesterday.

In a joint statement with Changi Airport Group (CAG), the Civil Aviation Authority of Singapore (CAAS) said that before an airline can operate a route, it needs to obtain approval of its flight schedules from the authorities at each end separately.

On the Singapore side, Indonesia AirAsia had applied for approval to operate a daily flight between the two cities, arriving at Changi Airport at 8.30am and departing for Surabaya at 2.10pm. The request was for the flight season from Oct 26 to March 28.

"These daily flights were approved as there were available air traffic rights under the bilateral air service agreement (with Indonesia) and the slots at Changi Airport were available," the statement said.

Indonesia AirAsia was operating the flight four times a week on Mondays, Wednesdays, Fridays and Sundays.

The Singapore authority said: "Airlines may adjust their flight frequencies in the course of a season in response to market demand or operational requirements."

Earlier, Indonesia's Transport Ministry spokesman J.A. Barata said permission had been granted only for services on Mondays, Tuesdays, Thursdays and Saturdays. He added that by flying on Sunday, AirAsia had committed a "violation".

Indonesia yesterday suspended AirAsia's flights on the route, and the airline's website no longer allows bookings for a trip between Singapore and Surabaya. It was also warned that its licence to operate in Indonesia may be revoked.

The airline will make alternative arrangements on other carriers for passengers with confirmed bookings.

Aviation experts said that as long as there are available air rights and other conditions such as safety requirements are met, it is not common practice for governments to cross-check when an airline puts in a request to operate a flight.

In this case, the CAAS would not have been expected to inform its Indonesian counterpart of Indonesia AirAsia's application, and vice versa.

Before Oct 26, the airline had approval from the Indonesian authorities to operate the sector daily but the frequency was later reduced. It is not clear why.

Also puzzling is how the airline managed to operate the flights the last few months, including getting the necessary approvals from air traffic control and the landing slots from Surabaya's Juanda Airport.

Indonesia's acting director-general of aviation Djoko Murjatmodjo said that the investigations will include an internal review of the ministry. "We will also investigate the party that gave permission to AirAsia to fly on that day," he said. About 45 minutes after take-off at 5.20am local time, the flight encountered weather issues and eventually crashed in the Java Sea, presumably killing all 162 on board.

The government probe will include all other Indonesia AirAsia flight schedules, Mr Murjatmodjo said, adding: "It is possible AirAsia's licence in Indonesia might be revoked."

Indonesia AirAsia's chief executive officer Sunu Widyatmoko told reporters in Surabaya that the airline would give its full cooperation to the government investigation but declined to answer further questions.

The current controversy is a big blow for AirAsia's group chief executive officer Tony Fernandes, who has received much public praise for going out of his way to comfort grieving relatives and rally his staff.

This article was first published on January 4, 2015.
Get a copy of The Straits Times or go to straitstimes.com for more stories.