Missing US tourist in Thailand found snoozing on Koh Lipe

A three-day search for a missing American tourist ended on Thursday when he was found sleeping among rocks on Satun's Koh Lipe island.

Charles Alexander Kosydar, 39, was taken to a local hospital for a check-up.

"We need to determine if he has abused any substances or has been harmed in any way," said Satun's deputy police chief Pol Colonel Nipon Hemasalamard. "We also will have to interview him." 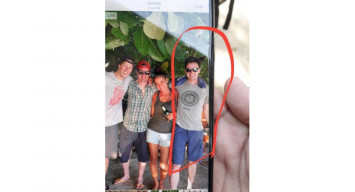 Police, troops and harbour officials started the search on Tuesday after Kosydar's friends reported he had gone missing. The foreigners told police they were drinking with Kosydar on Monday night until the early hours, when the American left to swim at the island's Pattaya Bay and failed to return.