Mother in Thailand appeals for witness in son's 2016 murder 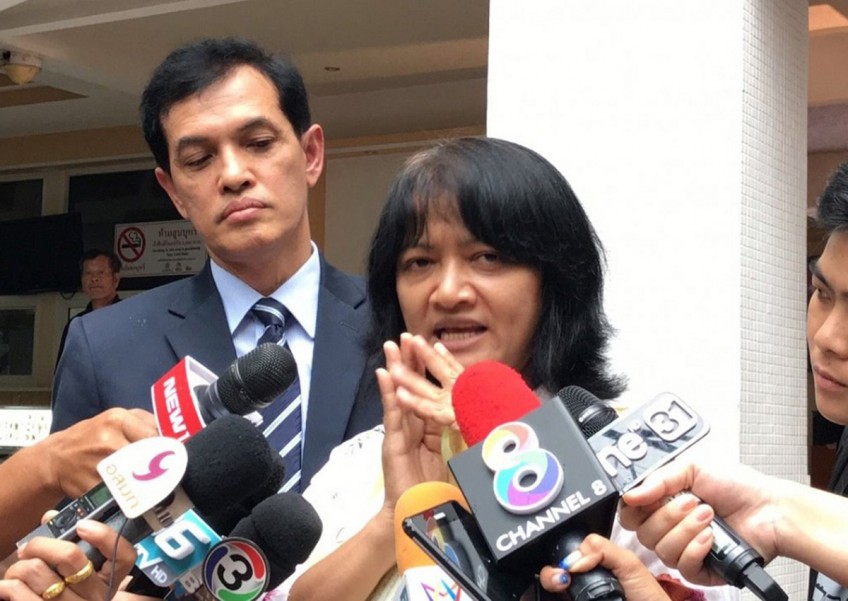 Rewadee Kanlahasunthorn, the mother of murder victim Thanit Kanlahasunthorn, on Thursday requested Metropolitan Police acting chief Lt-Gen Sutthipong Wongpin's permission to use evidence from the 2016 case to appeal to the upper court to have the key witness forced to give evidence.

Thanit, 23, a student at Rajamangala University of Technology Tawan-ok Uthenthawai campus, was stabbed to death in Bangkok's Din Daeng district on April 15, 2016. The primary court in July this year acquitted sole defendant Nattapong Ngern-khiri in a decision based on the benefit of the doubt.

Following the ruling, Thanit's father Supachai Kanlahasunthorn, 52, jumped to his death from the eighth floor of the Criminal Court.

Rewadee appealed for the only witness Peerawit Putajinarak, 24, to sympathise with her family's fate and to step forward to testify.

The young man, who had reportedly told police that he saw the killing, has suffered brain injuries in a road accident and was unable to appear in court to testify, contributing to Nattapong's acquittal. Lawyer Anantachai Chaiyadech, who accompanied Rewadee, said the police file reportedly contained a doctor's testimony that Peerawit had a mental issue which he used as an excuse not to testify.

The lawyer said a detailed look at the testimony showed the doctor did not say Peerawit was too ill to testify. It only gave a medical opinion that his testimony as a witness at the trial should be postponed until his condition improved. Anantachai said a recent case of 39-year-old Thai engineer, who was allegedly mugged and abandoned by Peerawit and two associates in Prawet district on October 13, and seven other cases should be sufficient evidence that Peerawit was not sick.

Peerawit and two others were arrested for the engineer's assault and for taking his phone and watch. Anantachai said the testimonies of Peerawit and other witnesses, who heard Peerawit telling police about the killing, were important for the appeal.