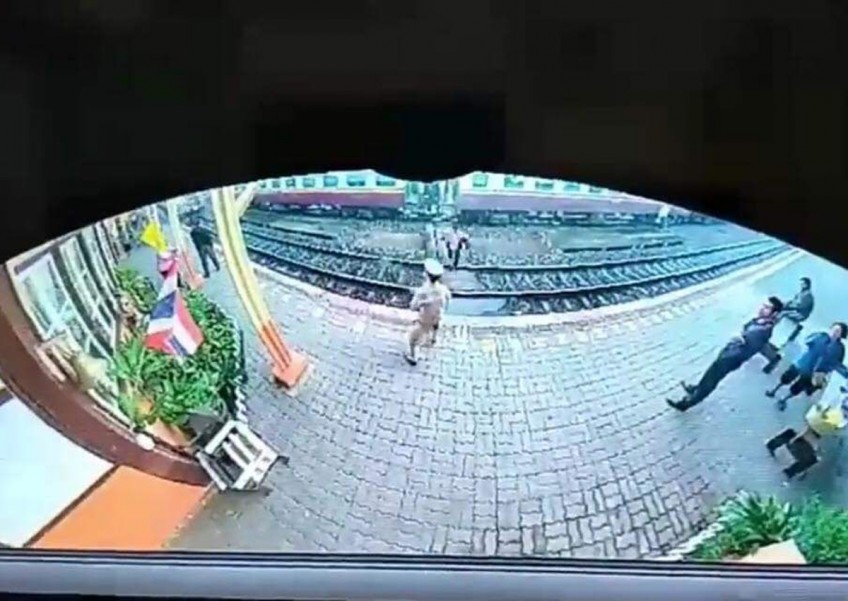 A mother and her two-year-old daughter fell from a train at a station in Nakhon Si Thammarat and the mother died while the girl survived with slight injuries.

The incident took place at the Klong Chandee railway station in Moo 4 village in Tambon Chandee in Chanwang district at 10am.

Police said Benjawan Duangsuwan, 21, died at the scene. Her daughter was sent to Por Than Klay Wajasit Hospital.

Somporn said Benjawan apparently stepped off the train while it did not completely stationary, causing her and her daughter to fall off the track.

The mother was crushed by the train and dragged for over 60 metres before it stopped.

Benjawan's stepfather, Sawat Khao, 66, told police that the woman was supposed to meet him at the station to fetch her motorcycle key.