Mother, wife and daughter electrocuted to death after cable fell on house 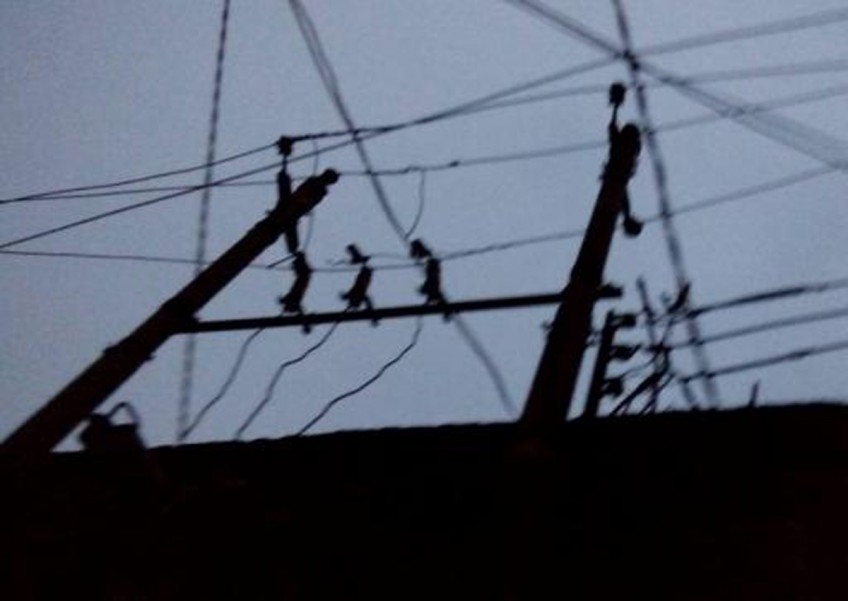 Three members of a family including a five-year-old girl die from electrocution at their Lalbagh house in Dhaka on June 19, 2017.
The Daily Star/Asia News Network

Bachchu Miah could only stare at the bodies of his family members in front of his Lalbagh home in the capital.

He could not say anything after losing his three family members.

The three died from electrocution at their home yesterday morning.

As it had been raining since yesterday morning, Bachchu, a tea vendor, was at his tin-roofed house in Islambagh area, said Anwar Hossain, a neighbour of Bachchu.

Around 10:45am, a loud bang was heard as a transformer exploded near the house.

An electric cable snapped and fell on the two-storey house, he added.

"When they were hurriedly going down the stairs, the trio got electrocuted," Anwar said, adding that Bachchu, his younger daughter Kulsum and his niece Naznin managed to escape.

Amena, Shirin and Afrin were rushed to Dhaka Medical College Hospital where doctors declared them dead around 11:30am.

Babul Ahmed, a resident of the area, said they feared another tragedy as overhead cables haphazardly hung in the area.