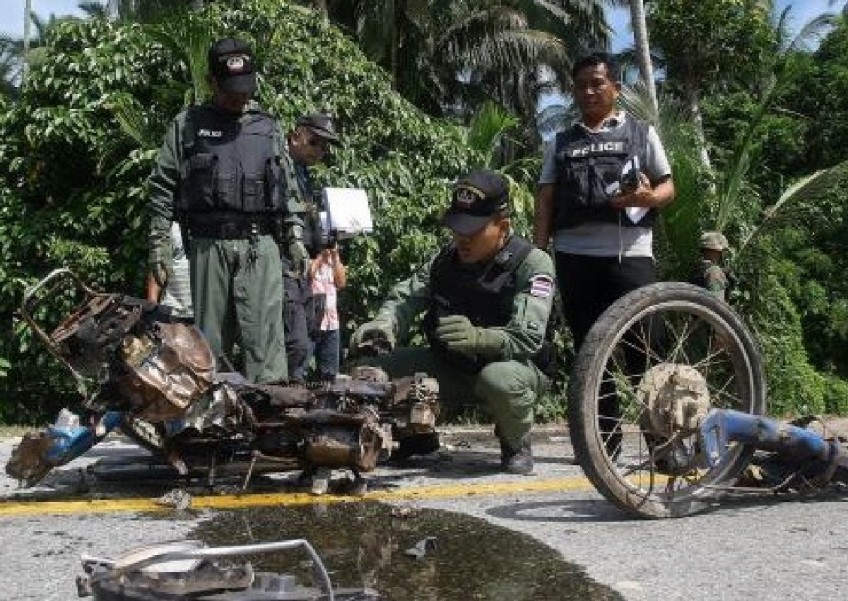 BANGKOK - A bomb concealed in a motorcycle parked outside a temple in Thailand's southernmost province killed two people and wounded 14 on Thursday in attacks by suspected ethnic Malay separatists, police said.

The bomb was one of five that went off in the late evening in a district of Narathiwat, one of three Muslim-dominated provinces where shadowy insurgents are waging a low-level rebellion against the Thai state.

Soldiers were among the dead and injured in the attack, Rangae district police chief Pakdee Preechachon said by phone.

Three unexploded devices were later discovered in the same area, he added.

As with most attacks in Thailand's deep south, there was no claim of responsibility.

More than 6,500 people have been killed in unrest since 2004 in Yala, Pattani and Narathiwat bordering Malaysia, which were part of a Malay Muslim sultanate annexed by mostly Buddhist Thailand over a century ago.