The volcano's status has been increased to siaga (watch), or level three of the country's four-tiered alert system.

JAKARTA  - Indonesian authorities increased the alert status for Mount Merapi on Thursday (Nov 5) due to increasing volcanic activity they say may soon lead to an eruption, which could affect nearby residential areas in Yogyakarta and Central Java.

The volcano's status has been increased to siaga (watch), or level three of the country's four-tiered alert system, from level two, waspada (advisory) previously.

"The potential danger is lava erupting out of the volcano, with volcanic material and hot ash clouds spewing as far as 5km," the Geological Disaster Technology Research and Development Centre (BPPTKG) said in a statement on Thursday.

Areas that may be impacted by the possible eruption include Cangkringan district in Sleman regency, Yogyakarta, Dukun district in Magelang, Selo district in Boyolali and Kemalang district in Klaten, Central Java.

The BPPTKG urged for a halt in mining activities in rivers located within Disaster-Prone Area (KRB) III - or areas within a 3km radius of the volcano's peak - and called for tourism activities in the areas, including hiking to the top of Mount Merapi, to be suspended.

The centre also asked local administrations to prepare mitigation measures to prepare for a potential eruption. 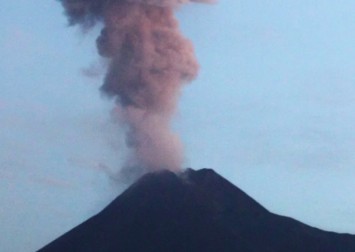 However, she also said it was possible for an explosive eruption to occur, in which the magma extrusion process would happen rapidly.

"It's just that if the eruption is an explosive eruption, the strength will not be the same as the 2010 eruption. But whether it is effusive or explosive, the eruption of Merapi must be anticipated," Hanik said in a webinar on Wednesday, as quoted by Tempo.co.

The BPPTKG has improved its broadcasting system, which will be launched soon for all people living in KRB III, especially the heads of hamlets. "When there is a development in the (volcanic) activity, (the heads of hamlets) will get the information directly from the BPPTKG," she said.

Hanik went on to say that the BPPTKG had created a special team to oversee the process of communication to the residents and to cut red tape in disseminating information. 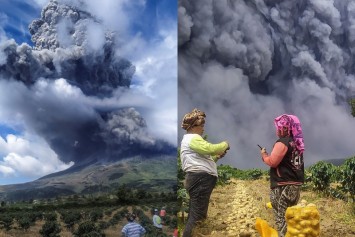 "For evacuation barracks, evacuation routes, as well as the resilience of the residents, all are ready," she added.

Sleman Disaster Mitigation Agency (BPBD) emergency and logistics division head Makwan said they had prepared a mitigation scenario for an eruption as far as 9km toward Kali Gendol in Sleman.

"There are currently 35 evacuation barracks ready with adequate supporting evacuation routes," he said.

Mount Merapi is one of the most active volcanoes in Indonesia. An eruption in 2010 left more than 300 people dead and forced almost 400,000 people to take refuge. The volcano has since continued rumbling, spewing hot ash and volcanic material in a series of eruptions over the past decade.