Mum confesses to killing 'stubborn' daughter, 10, and disposing of body 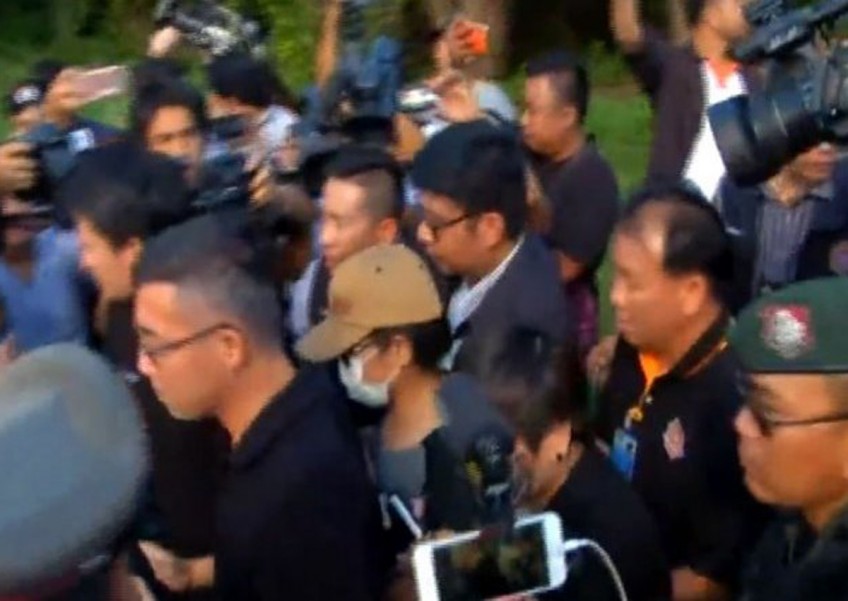 A woman has confessed to killing her 10-year-old daughter after the girl's stepfather implicated her and admitted that they both disposed of the body in Samrong Canal in Samut Prakan's Bang Saothong district to cover up the crime.

The couple abruptly moved out of their rented home in the area with their three-year-old daughter last Sunday, the same day that the girl's body was discovered.

Both were arrested yesterday in Saraburi's Phra Buddhabhat district as they sought to leave the three-year-old with relatives. Police said they believed the pair were preparing to flee from authorities.

The stepfather, Wajaran Tadsawan, 35, a deliveryman, told police that his wife Supaporn Nonthra, 31, had beaten the girl many times, including hitting her on the head with a wooden club.

The latest assault took place on June 7, after which the girl complained of a headache. The family did not take her to a doctor.

Wajaran claimed that he returned home from work on Friday and found the girl dead. He called his wife, who covered the body with a blanket, but then left the house to shop for food, he said.

The next day Supaporn decided they should dispose of the body by weighing it down with concrete blocks in a sack and dumping it in the canal, according to Wajaran.

Supaporn then confessed to police that she had assaulted her adolescent daughter and disposed of the body in the canal.

She admitted to beating her daughter at least 10 times because she was "stubborn" and prone to lying.

Provincial Police Region 1 chief Pol Lt-General Charnthep Sesavech said arrest warrants had been issued for both for conspiring to murder and disposing of the body to conceal the cause of death.

Both were brought to the rented house and an abandoned pier to re-enact the crime yesterday afternoon.

The girl's grandparents, who are rice farmers in Phitsanulok's Noen Maprang district, expressed shock yesterday after finding out about the murder. They said their son, the girl's biological father, had raised the girl after his separation from Supaporn when the child was three years old.

After the father died, the girl had remained with her grandparents until she recently moved to stay with Supapaorn's parents in Roi Et, after which they lost contact with her.