Murder-suicide suspected in death of 5 family members in Thailand 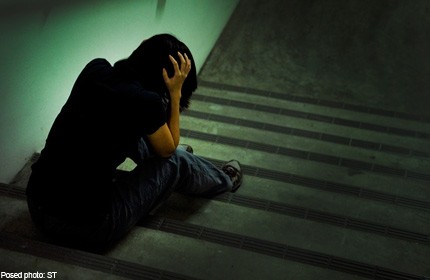 Police suspect a murder-suicide in the deaths of five members of one family found at a rented house in Thon Buri in Bangkok on New Year's Eve.

The bodies of a 64-year-old man and his two teenage children were found hanged along with the bodies of his mother and sister, found on a bed with indications they had been suffocated.

Police rushed to the two-storey house in Soi Inthonpitak 1 in Bang Yi Reu area at 8.30pm on Wednesday. They found the bodies of Kiengsiem Saelim, 89, and her daughter Phetcharat Jarupankit, 61, lying close together on the ground floor.

On the second floor, three bodies were found hanging from the stairways and were identified as Kiengsiem's 64-year-old son Anant Jarupankit, his daughter Suwantip, 16, and his son Abhisit, 14. All reportedly had dark-purple lips, which suggested they had taken a toxic substance.

Metropolitan Police Area 8 chief Pol Colonel Reuchakorn Jorrajewut said there was no sign of a fight in the house or intrusion by an outsider. The deaths looked to have resulted from a family problem because police found a hand-written note that expressed feelings of inferiority and a life of hardship.

Bang Yi Reu police superintendent Pol Colonel Thaprawich Inthachai said evidence suggested this might be a mass suicide or a murder-suicide in which one of the five killed the others and then committed suicide.

"Police found the note signed with the teenage son's and daughter's names. Besides leaving dolls to their mother's care, the note claimed the mother left the family during a hard time," he said, adding that police would check if it was actually the teenagers' handwriting.

A police source said Anant might have done this because of the family's financial problems - giving poison to his mother, sister and children, as well as himself, before hanging the teens and himself.

The family moved to the house two years ago and reportedly always isolated themselves from neighbours, police were told. Anant used to be a sidewalk vendor selling Chinese souvenir goods in Chinatown but then lost his job.

The family was supposed to move to a new rented house near Taksin Hospital yesterday, so Kiengsiem and Phetcharat could go see their mental-health doctors more easily, police were told.

The homeowner stopped by the house on Wednesday to prepare it for a future sublet and found the bodies.

The police investigation has initially found that Anant had separated from his wife Uraiwan Sermsak, a merchant in Don Muang, as his mother reportedly didn't accept her, and that Uraiwan had often helped Anant financially after he became jobless.