As Myanmar battles Covid-19 surge, calls arise for urgent aid that is not co-opted by junta

A relative sits with a coronavirus patient who is being taken to a hospital in the town of Kale, as Myanmar battles a deadly uptick in cases.

The international community, in particular the Association of Southeast Asian Nations (Asean), should move quickly to secure humanitarian access to Myanmar to deal with its Covid-19 upsurge, panellists in a webinar organised by the Asean Parliamentarians for Human Rights Group (APHR) said on Thursday (July 22).

But in undertaking this outreach, governments should insist that independent aid workers deliver the aid directly on the ground and prevent the ruling junta from co-opting the aid effort, they added.

Meanwhile, the politically neutral and independent International Committee of the Red Cross (ICRC) separately told This Week in Asia it was working with the local Red Cross and Red Crescent to deliver Covid-19 aid, with these efforts also integrated into existing operations, including in the conflict-riven Rakhine, Kachin and Shan states.

The various discussions on how best to provide aid to Myanmar come amid reports of the grim state of the pandemic in the country of 54 million people, with indications the virus is wreaking havoc as treatment becomes scarce and vaccines unavailable.

Official data put the daily caseload at around 6,000 with an average of 230 deaths a day, but observers say drastic underreporting by the junta is likely at play. It recorded more than 6,000 new cases on Thursday.

The Myanmar Now portal on Wednesday said the virus was now also rampant in the armed forces, with members of the junta such as police chief Lieutenant General Than Hlaing infected and convalescing in hospital.

The State Administrative Council – as coup leader Min Aung Hlaing’s junta calls itself – has so far not offered any indication that it welcomes external aid.

But Yanghee Lee, a former United Nations special rapporteur on Myanmar, said the junta would find it hard to turn down a coordinated approach led by Asean.

There is precedent of such aid, most recently in 2008 when the bloc collectively pitched in to send medical workers when a cyclone left 134,000 dead or missing in Myanmar.

“If there is a massive humanitarian intervention with Asean nations and with the help of the [Asean Coordinating Centre for Humanitarian Assistance on disaster management], I think it would be very difficult for the military to refuse this because then it draws attention, so much attention, to everything they have done that is going wrong,” Lee said in the APHR-organised webinar on Thursday.

Lee, the founder of an international group of experts called the Special Advisory Council for Myanmar (SAC-M), said the junta was “weaponising Covid-19 by suffocating the democracy movement and seeking to gain legitimacy and control by deliberately fuelling the humanitarian disaster and then corrupting the international response”.

“We have to remember that this coronavirus has no border or boundaries, and this is what the junta is forgetting. They think they can afford oxygen cylinders for their family members but we are already getting reports that [in] the military medical centres most of the staff are infected.” 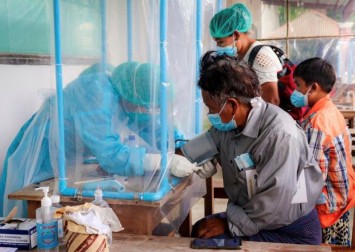 Also speaking at the webinar was a Myanmar-based doctor who said the 6,000-plus cases being reported daily this week were nearly triple the peak figure last week – underscoring how quickly the situation was worsening.

The doctor, who spoke anonymously for security reasons, said hurdles put in place by the junta were making it difficult for citizens to get tested for Covid-19 and seek treatment.

“There is an involvement of multiple layers of referrals and getting certificates from various offices, including the township and district health centres and so on,” the doctor said. “The patients are only admitted after being given approval for the admission by these multiple authorities”.

The doctor, echoing Lee, said all aid should be distributed directly by international organisations and “trusted local groups”, adding that it was essential that the junta is pressured to immediately cease its “attacks on the health care system”.

Kasit Piromya, a former Thai foreign minister and board member of APHR, suggested during the webinar that the Asean grouping could set up a “coordinating centre” near the Thai-Myanmar border where medical staff could tend to refugees.

He urged the United Nations as well as countries such as the US to urgently make vaccines available to Myanmar. The country has not received vaccines since May, and the junta last week said it would receive 6 million doses from China, without specifying which vaccine Beijing will supply.

Some 1.75 million people have so far been vaccinated, according to the junta.

The ICRC, which was separately contacted by This Week in Asia for input on the humanitarian organisation’s plans to help Myanmar combat Covid-19, said the ongoing third wave of the pandemic was “placing incredible pressure on an already strained health system”. 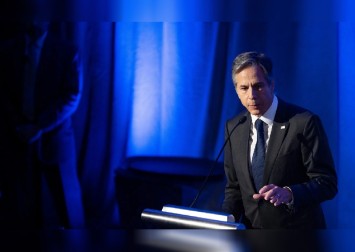 The group has hundreds of aid workers on the ground and sought to emphasise that its efforts were undertaken in a “neutral, impartial and independent” manner.

In emailed comments, Jacqueline Fernandez, the ICRC communication manager in Myanmar, said the group had been able to continue operations across the country throughout the pandemic.

“The needs of people affected by the dual threat of armed conflict and violence and Covid-19 remain. And we expect our work on both these fronts to continue,” Fernandez said.

Still, “the ongoing crisis has of course presented challenges due to the disruptions to the banking system and supply chains, including availability of products, shipping et cetera”, she said.

“We are monitoring these challenges closely as we try to find solutions. Our humanitarian operations simply cannot stop if we are to continue helping people affected by armed conflicts or violence as well as Covid-19.”