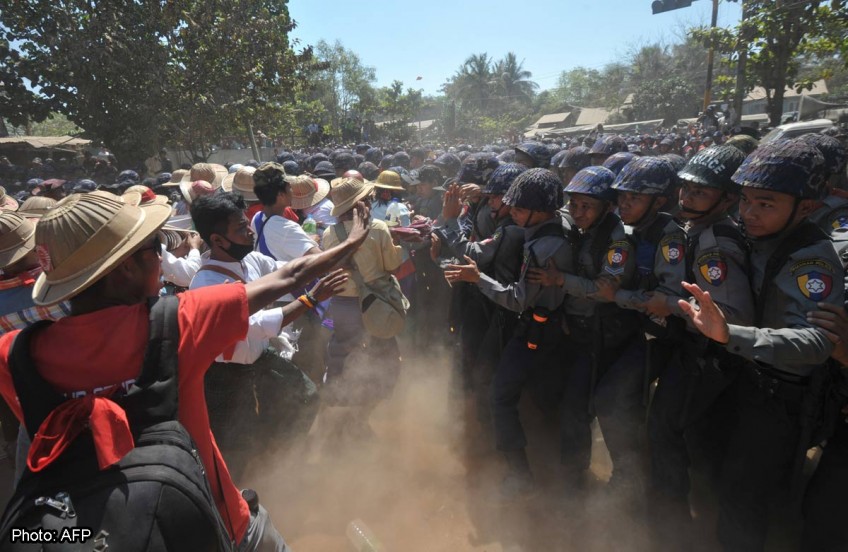 YANGON - A Myanmar court laid charges, including rioting, on Wednesday against 69 students involved in a protest two weeks ago that was broken up in a police action that drew sharp criticism from Western governments, a student activist said.

Police clubbed students, monks and journalists with wooden batons to disperse protesters, according to a Reuters witness who reported the clashes in the town of Letpadan, about 140 km (90 miles) north of Yangon, on March 10.

Western countries have encouraged the semi-civilian government that took power in Myanmar in 2011 after 49 years of military rule to pursue political reforms, and its response to other recent protests had been more measured.

But tensions had mounted in the week prior to the crackdown, as security forces blocked the students from marching to the commercial capital of Yangon to protest against an education bill they said would stifle academic freedom.

Ei Po, a student activist who waited outside the court in Letpadan where judges laid charges against 69 protesters, said the court also issued arrest warrants for four leaders of the All Burma Federation of Student Unions (ABSFU). "The government is scared of the students so they intentionally suppress students from the ABSFU," said Ei Po, who is a member of the organisation. She had been arrested March 10 but was released two days later.

Students were at the forefront of resistance to Myanmar's former military regime and led protests in 1988, which sparked a pro-democracy movement that spread throughout the country before being brutally suppressed by the ruling generals.