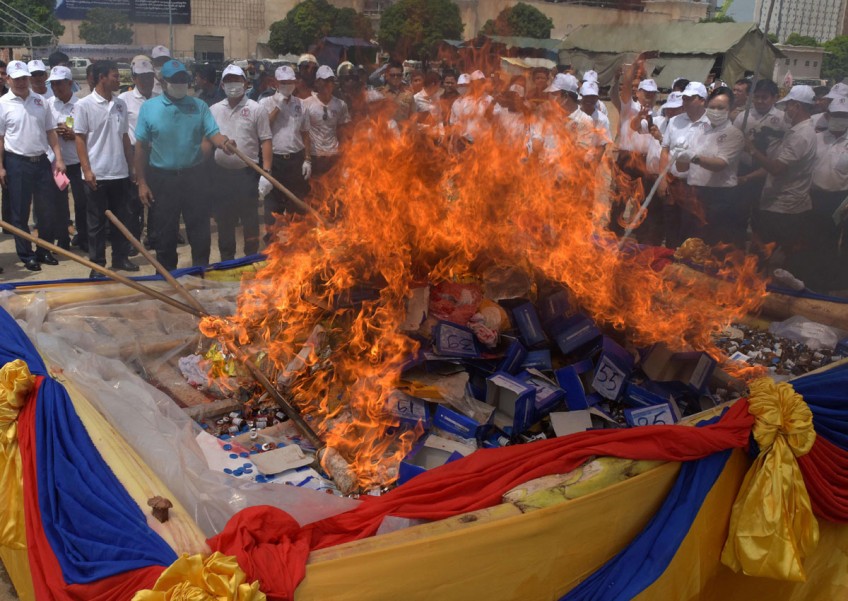 BANGKOK/YANGON - Officials in Myanmar and Thailand burned illegal narcotics worth more than US$800 million (S$1.1 billion) on Monday to mark the UN day against drug abuse and trafficking.

The move came even as authorities struggle to stem the flood of illicit drugs in the region, with Thailand's justice minister last year saying the country's war on drugs was failing.

In Thailand's Ayutthaya province, more than 9 tonnes of drugs with a street value of over 20 billion baht (S$818 million) went up in smoke including methamphetamines, known locally as "yaba" or "crazy drug", according to police.

"Currently, we are able to take down a lot of networks, including ... transnational networks bringing drugs into Thailand ... to be shipped to Malaysia and other countries," Sirinya Sitthichai, Secretary-General of the Office of Narcotics Control Board, told reporters in Ayutthaya.

In neighbouring Myanmar, the police said they destroyed confiscated drugs worth around US$217 million.

Myanmar remains one of the world's largest producers of illicit drugs, including opium, heroin and methamphetamines. Those narcotics are often smuggled into China.