The United Nations' newly appointed special envoy for Myanmar, Noeleen Heyzer, has called on ASEAN to work with the UN to facilitate a "humanitarian pause" to the fighting and escalating strife in the junta-ruled nation.

In a press statement issued after talks with Cambodian Prime Minister Hun Sen, Heyzer said the immediate cessation of violence and "utmost restraint" by all parties was key to the implementation of ASEAN's "Five-Point Consensus" peace road map for the embattled country.

Heyzer's remarks come amid signs of turmoil within the Association of Southeast Asian Nations over how to deal with Myanmar junta chief Min Aung Hlaing.

While Hun Sen, ASEAN's current chair, has indicated a preference for engaging with the junta, major players in the bloc such as Malaysia and Indonesia are insisting that the generals remain isolated, in line with existing policy, until the Five-Point Consensus plan has been fully implemented.

With the bloc split, talks among its foreign ministers scheduled for next week have been indefinitely postponed.

Cambodia has suggested this deferral was caused by schedule clashes, but diplomatic sources confirmed to This Week in Asia that the postponement was a "face-saving" measure, as several ministers had hinted that they would not attend as a form of boycott. 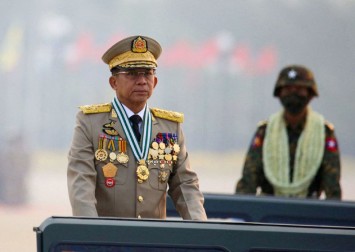 The faction opposed to Hun Sen's engagement strategy — Indonesia, Malaysia, Singapore and the Philippines — was also displeased with the Cambodian leader's decision to meet with Min Aung Hlaing in Myanmar last week.

In the aftermath of his visit, Hun Sen and Min Aung Hlaing said a ceasefire between the military and Myanmar's ethnic armed groups would be extended until the end of 2022.

In reality, however, local media reports and This Week in Asia's interviews with fighters from ethnic armed groups indicate that the Myanmar military's onslaught has intensified in recent months, amid a dry season in the country's central region.

In her statement, Heyzer "expressed deep concern about continued intensification of military operations, including aerial attacks in parts of the country" and added that the Myanmar people "needed to see indicators and results on the ground, requiring any goodwill to be demonstrated in concrete terms".

Heyzer, appointed by the UN Secretary-General Antonio Guterres in October, also called for an expanded approach to providing humanitarian assistance in the country.

Under the umbrella of the UN and ASEAN, a "humanitarian plus" mission "could coordinate and deliver assistance to affected communities through all existing channels, and address the multiple priority needs of the people across the country," she said.

This would include civilian protection as well as food security, socio-economic resilience, humanitarian and Covid-19 assistance, Heyzer said, adding that Hun Sen had agreed to co-facilitate these efforts.

As part of its "humanitarian plus" joint action, the UN and ASEAN could "consider pursuing with all sides a humanitarian pause in targeted areas to allow safe and unhindered access," she said.

Heyzer also underscored the importance of implementing the Five-Point Consensus, saying a "Myanmar-led process that is guided by the will of the people towards a peaceful, democratic and inclusive future [needs] to be supported by a coherent international approach grounded on regional unity". 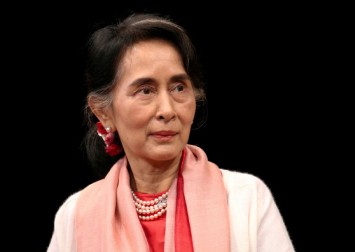 The five-point plan — agreed by Min Aung Hlaing and ASEAN leaders in April last year — envisions a cessation of post-coup violence, constructive talks among "all parties concerned", the sending of aid to Myanmar, the appointment of a special envoy to facilitate talks, and for the envoy to be allowed visits to the country.

But with the junta continuing its brutal crackdown on dissenters and disallowing any form of talks by external parties with the detained civilian leader Aung San Suu Kyi and other democratically elected officials, observers say it is apparent that Min Aung Hlaing has no plans to abide by the road map.

In a commentary on Wednesday, the retired Singaporean senior diplomat Bilahari Kausikan suggested that the cessation of violence and constructive talks "with all parties" were non-starters to begin with.

"Of the five points, only three — the appointment of a special envoy, allowing whoever was made special envoy to visit Myanmar, and the provision of humanitarian assistance — were ever practical propositions," said Bilahari, who argued that Hun Sen was right to engage Min Aung Hlaing despite the criticism he now faces.

The 73-year-old Singaporean national is a former high-ranking UN official, having served as undersecretary general, special adviser to East Timor and as the head of an economic and social commission for Asia and the Pacific.