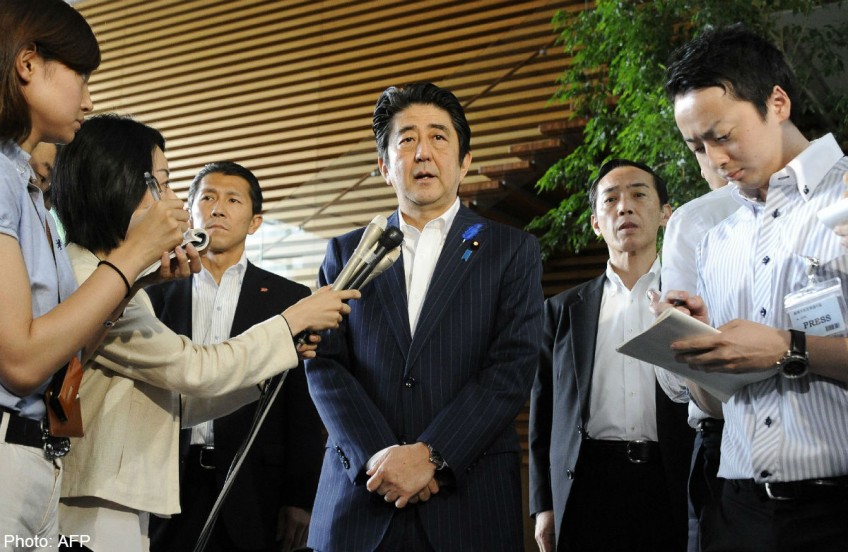 Japan will revoke some of its unilateral sanctions on North Korea, the prime minister announced on July 3, after talks on the Cold War kidnapping of Japanese nationals. Abe said Tokyo judged Pyongyang, which pledged to re-investigate the disappearance of missing Japanese citizens, had shown sufficient willing in resolving the decades-old row and that this needed to be reciprocated.

North Korea has given Japan a list of some 30 missing Japanese still living in the country, Japan's Nikkei daily reported on Thursday, citing sources - three times as many names as the paper reported a week ago.

The list includes known victims of North Korean state-sponsored kidnappings in the 1970s and 80s - believed to have been snatched to train spies - and, as of Wednesday, Tokyo had matched about two-thirds of them with domestic records of missing persons, the Nikkei said.

Japanese Prime Minister Shinzo Abe has made the abductees'fate a focus of his political career, and proof that some of them are alive would almost certainly boost his popularity. Some of those on the list are among the 12 victims of North Korean abductions recognised by Tokyo who have yet to return to Japan, the Nikkei reported.

Pyongyang admitted in 2002 to kidnapping 13 Japanese citizens, and five of those abductees and their families later returned to Japan. North Korea said that the remaining eight were dead and that the issue was closed.

In 2008, Pyongyang promised to reopen the investigation into the status of Japanese abductees but it never followed through. It also reneged on promises made in multilateral talks aimed at ending its nuclear weapons programme and declared the negotiations had ended.

North Korea agreed in May to reopen the investigation, prompting Japan, on July 3, to ease some sanctions in return.