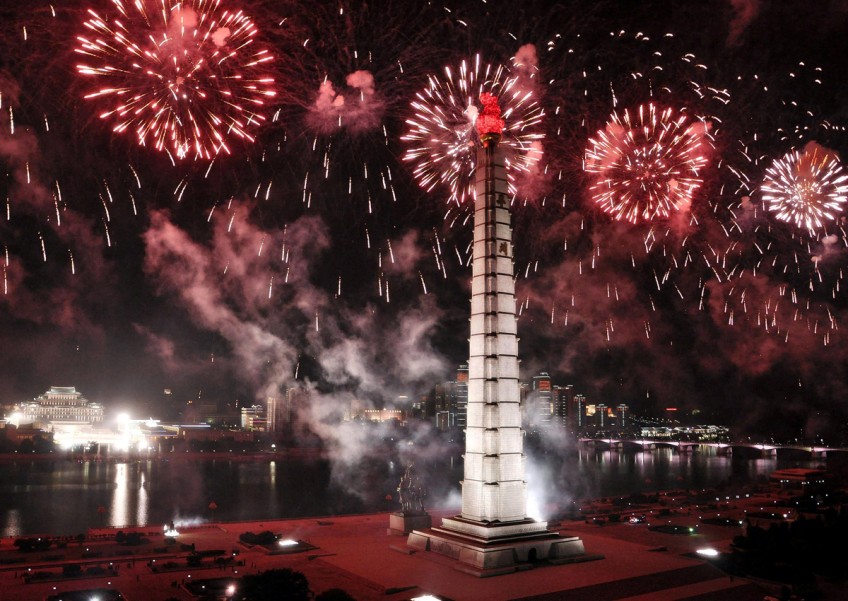 According to the Korea Central News Agency, the late leader's ascent to power was celebrated with much fanfare over the weekend across the country, including a large-scale fireworks display in the capital.

The fireworks display, held late Sunday, lit up the sky along the Daedong River, following a rally at Kim Il-sung Square earlier that day attended by some 100,000 people, including top officials.

The weekend of celebrations are considered a warmup for the founding day of the nation's ruling Korea Worker's Party, an anniversary bearing substantial political significance for the communist state.

The South Korean presidential office Cheong Wa Dae raised the possibility that the North may stage a military provocation this week to mark the special occasion for the nation.