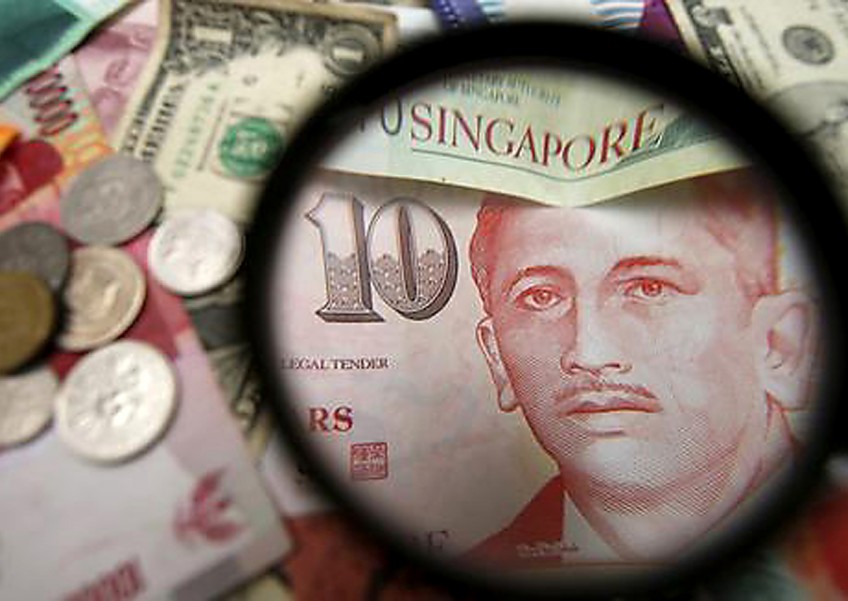 Singapore currency notes are seen through a magnifying glass among other currencies in this April 12, 2013 file photo illustration.
Reuters

The World Bank warned Wednesday that surging tensions over North Korea's nuclear programme could be a threat to robust growth in Asia.

The bank predicted that developing East Asia and the Pacific would expand 6.4 per cent this year, 6.2 per cent next year and 6.1 per cent in 2019, slightly better than their last forecasts in April.

"Developing East Asia and the Pacific is doing better than most other developing regions of the world and is likely to continue to do so," said Sudhir Shetty, the bank's chief regional economist.

He cited "a favourable external environment and robust domestic demand" for the improved picture in the institution's latest report.

But Shetty warned that tensions over North Korea could dent the positive momentum.

Pyongyang has ramped up its weapons programme, conducting its sixth nuclear test and firing two missiles over Japan, and leader Kim Jong-Un has been engaged in a heated war of words with US President Donald Trump.

The tensions "have the potential to affect trade as well as the availability and access to external finance," Shetty said, speaking to reporters via videolink from Bangkok.

"Since one of the channels for their impact is through trade, they will have significant impact on Asia which is reliant on trade and supply chains."

He added that "an intensification of tensions in the region could make capital flows and exchange rates more volatile and raise global interest rates".

Rising protectionism in the US under Trump and uncertainty caused by Britain's looming exit from the European Union were also threats, the bank warned.

China, the world's second-biggest economy, is expected to expand 6.7 per cent this year, easing to growth of 6.4 per cent next year and 6.3 per cent in 2019 as the economy rebalances away from external demand toward domestic consumption, the report said.

Southeast Asia's five biggest economies should see growth of 5.1 per cent this year and 5.2 per cent in 2018 and 2019, slightly higher than April's forecasts.