A North Korean nuclear scientist, who was caught in China while attempting to defect to South Korea, took his own life after he was forced to return home, a US broadcaster said Friday.

According to Radio Free Asia, the defector who was a researcher at the physics centre of the State Academy of Sciences in Pyongyang took poison in a state security cell while awaiting interrogation.

"He killed himself only a few hours after he was placed in solitary confinement at the State Security Department in Sinuiju city," the broadcaster quoted a source from North Hamgyong Province as saying on condition of anonymity. 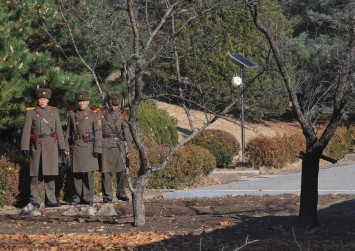 "He died before he could be questioned about the reasons for his escape, who had helped him, and what his route had been."

The scientist, reportedly identified as Huh Hyun-cheol who was in his early 50s, had been detained in Shenyang, China, on Nov. 4. He was sent back to Sinuiju in the North on Nov. 17, according to the report.

Huh must have been searched many times on his way to the city just across the border from China, but it was not known how he was able to conceal the poison, according to the source.

The source also told RFA that Huh disappeared after taking vacation leave from his job because he was showing signs of anxiety over his research projects.