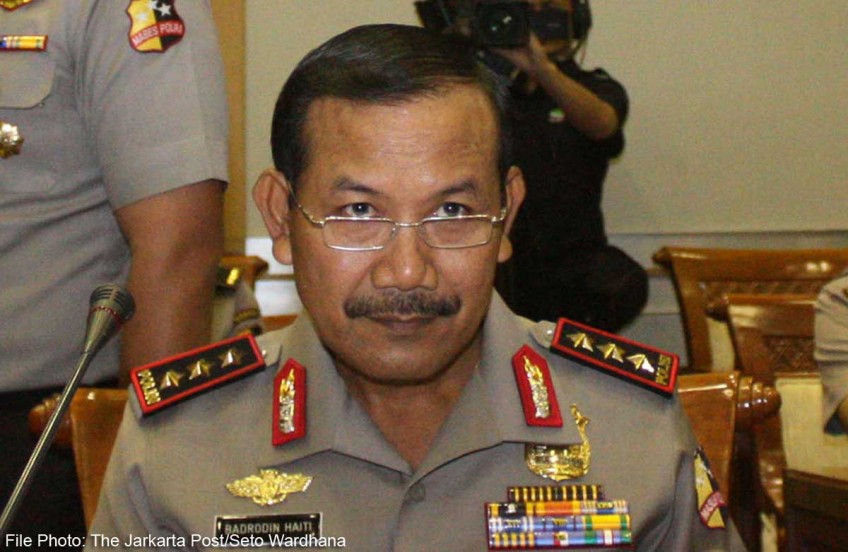 INDONESIA - The National Police have officially issued a decree allowing female police officers to wear the Islamic headscarf, or hijab, with their uniforms.

"On Wednesday, March 25, a National Police chief decree was issued that was signed by acting police chief Comr. Gen. Badrodin Haiti. The decree describes the changes to the 2005 decree on police uniforms, adding regulations on official female wear for those who want to wear the hijab," National Police spokesman Sr. Comr. Rikwanto said on Thursday.

The recently issued decree proscribes that a female officer who wishes to wear the hijab must use a plain one with no emblems. The hijab must be tucked into her shirt and should not get in the way of any headwear, including berets and helmets.

The decree also includes specifications that policewomen in the Mobile Brigade (Brimob) must wear brown hijab, while those in the detective unit or the intelligence unit must match the colour of their hijab to their pants.

Rikwanto explained that the police force would use Rp 600 million (S$63,000) out of its annual budget to provide each policewoman who requested it with two headscarves.

The National Police currently have around 20,000 policewomen, representing only 5 per cent of the force's 400,000 personnel.

In 2013, former National Police chief Gen. Sutarman gave his verbal approval to allow policewomen to wear the Islamic head coverings to work. At the time, Sutarman said he would not issue an official decree as there were no funds for the police force to provide the head coverings.

The ban on policewomen wearing the hijab was introduced in 2005, when then police chief Gen. Sutanto issued a decree ordering all police officers to wear only official police force attire.

The decree stipulated that a policewoman could be dismissed for violating the instructions.

It only made an exception for those stationed in Aceh, given the province's 2001 Islamic bylaws that oblige all women to cover their hair.

Rikwanto explained that several changes had also been made for policewomen in Aceh.

Although the police force previously allowed policewomen in Aceh to choose whether to wear long skirts or pants with their uniforms, the new decree specified that they must wear long pants and cover their feet with ankle boots and black socks.

"The decree was made official and sent to all the police precincts on Wednesday, but it will take time to raise awareness of the new decree and also take time to make the hijab," he said, adding that the hijab was not compulsory for policewomen to wear.

After the decree was issued, members of Polwan Indonesia, a Facebook group for policewomen, flooded the page with positive comments about the news.

The Facebook group had previously been active in pressuring the police force to revoke the hijab ban.

"The decree issued has to be seen as an institution trying to accommodate the identity rights of their personnel and to give them a legal basis to wear the hijab. I believe that it was the right decision to accommodate hijab-wearing women, but that there still should be limitations that make sure the hijab does not affect their work," he told The Jakarta Post.

Nurkhoirun also warned that the police force must be very careful to make sure that with the decree issued, policewomen would not be forced into wearing the hijab just because there were now regulations that allowed it.

"The police force must also respect Muslim policewomen who decide not to wear the hijab. This is the consequence of living in such a multicultural society; everyone's identity rights must be upheld," he said.