National security law offenders in Hong Kong will not be sent for trial in mainland China, senior legal source says

Protesters hit the streets on Wednesday, partly in anger over the proposed national security law, which a senior legal source insists will be rooted in Hong Kong’s legal system.

Beijing's new national security law will be incorporated into Hong Kong's legal system with built-in protections for offenders, who will not be sent across the border to mainland China to face trial, according to a senior legal source.

Principles such as presumption of innocence and proof beyond reasonable doubt to validate a criminal conviction would be followed in related trials, the source told the Post on Wednesday.

The reassurance came a day before the National People's Congress was expected to endorse a resolution to delegate its Standing Committee, China's top legislative body, to craft the tailor-made legislation that would outlaw acts and activities of secession, subversion, terrorism and foreign interference in Hong Kong.

"Offenders under the new law will face open trials in Hong Kong after the law is passed. They won't be sent across the border to the mainland for trial," the source said. In mainland China, some national security trials have been heard behind closed doors because of political sensitivity.

The burden of proof would fall on prosecutors to obtain a conviction in national security trials, according to the source, who added that the draft legislation, which could be in place by August, was "already in the drawer".

Beijing triggered a storm that has seen a return to anti-government protest chaos after it unveiled the resolution on Friday at the opening of its annual legislative session to "prevent, stop and punish" threats to national security.

While the city is required by its mini-constitution, the Basic Law, to enact its own national security legislation, the central government is no longer willing to wait , citing foreign interference and protest violence.

The proposed law would bypass the city's legislature and require the local government to set up new institutions to safeguard sovereignty, also allowing mainland agencies to operate in the city when needed.

The proposal has sparked worries over the fate of the "one country, two systems" policy that promised Hong Kong a high degree of autonomy after its handover from British to Chinese rule in 1997 .

After Thursday's vote, the resolution will be forwarded to the NPC Standing Committee to draw up the details.

The source said it would take two week-long NPCSC meetings to pass the new law, meaning it could be implemented by August.

Liberal legal scholar Johannes Chan Man-mun, at the University of Hong Kong, queried whether local courts would be allowed to strike down a provision or an offence in the national security law if it was found to violate human rights provision in the Basic Law. 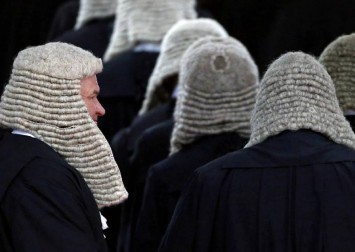 "If you say the national security law will be adapted into Hong Kong's legal system, defendants should have the right to make a challenge and the courts should be able to strike down such provisions," he said.

Chan also called for clarification as to whether the NPC would reinterpret the new law if Beijing was dissatisfied with local courts' adjudication of a case.

In a strongly worded statement on Monday, the Hong Kong Bar Association, the city's professional body of barristers, pointed out there was no assurance the proposed legislation would comply with provisions under the International Covenant on Civil and Political Rights, to which Hong Kong is a signatory, or that there would be a public consultation before promulgation.

Responding to media speculation that foreign judges in Hong Kong might be barred from presiding over national security trials, the senior legal source said it would be odd to do that to judges from overseas who had been hearing cases relating to the Basic Law since the handover 23 years ago.

"Judges in Hong Kong swear that they will uphold the Basic Law when they take the judicial oath, regardless of their nationality," the source said.

"Beijing would need to justify it if it decides to bar foreign judges from handling cases related to national security."