Nearly six weeks after sending out a call for help, a group of Nepali women stranded at a garment factory in China after being duped by a recruitment agency has returned home. All 44 women arrived in Kathmandu on Sunday afternoon.

"It's a huge relief," said Sumitra Baraily, one of the women. "We had to struggle a lot and it feels good to be home finally."

The group had first reached out to the Nepali Embassy in Beijing in June, requesting repatriation after realising they had been cheated. The women were told that they would be working in the packing section of a garment factory and were promised a $400 (S$549) monthly salary, eight-hour workdays, one weekly day off, room and board, and medical insurance. None of that turned out to be true.

"When we reached there, we were told to work in the sewing section," Ritu Sherpa Shrestha, one of the 44 women, told the Post. "I had never even seen a sewing machine in my life." 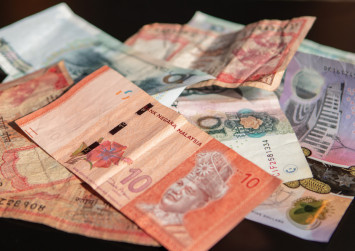 Shrestha, who is from Taplejung, said she wanted to be more than just a homemaker. She wanted to actively contribute to the family's income. Going abroad, she believed, was the answer.

Each woman had paid between Rs60,000 (S$747) to Rs100,000 to the Gaushala-based Compass Recruitment for their jobs. Like many other women in the group, Shrestha said she had taken a loan from a local money lender to pay the agent's fee.

"I must get my money back so that I can go back to my village," she said.

The owner of the manpower agency, Giriraj Ghimire, had travelled to China to negotiate the women's return, but fled after the Chinese company demanded compensation, according to the women.

Dandong Larore, the Chinese company that hired the women to work at its factory, had demanded it be compensated $600 per woman if they were to return home.

Ghimire's phone is switched off and he has not responded to the Post's attempts to reach him on WeChat.

"The two companies in China and Nepal defrauded the workers by misleading them on the terms of the contract and denying them the perks and salaries as spelt out in the contract," Sushil Lamsal, deputy chief of mission at the Nepali Embassy in Beijing, told the Post.

According to Lamsal, the women were repatriated after the Nepali mission in Beijing notified China's Foreign Ministry about Dandong Larore's conduct and its treatment of Nepali workers.

Chinese officials then visited the company, which is located in the northern part of China, close to North Korea, where they interviewed the workers and that's how their return was facilitated, said Lamsal.

The women say they have not decided whether to file a case against Ghimire and his company. According to them, Ghimire has promised to pay their money back and help send them to another foreign country for work.

"Since he sent us tickets [to return to Nepal], we are hopeful he will keep his word," said Baraily.

The women the Post interviewed said they were glad to be home but if given an opportunity, they would still choose to go abroad again.

"On the one hand, I think it's best to work in one's own country, and I believe if we work as hard here as we would in a foreign land, we'd make good money too," said Nirmala Tamang of Kavre. "But on the other hand, I still want to go abroad because there just aren't any opportunities here."

To get compensation, the women must file a complaint with the Department of Foreign Employment-the government authority overseeing labour migration. The department, however, seems unaware of their plight.

"We have not heard anything officially about this case. So far, we know of this issue only through media reports," Bhola Nath Guragain, a spokesperson with the department, told the Post. "If they have returned then they should approach us with a formal complaint. Only then, can we take action against the recruiting agency and make them provide compensation to victims."

On Sunday afternoon, when they landed at Tribhuvan International Airport in Kathmandu, most of the women had nowhere to go, and they wanted their money back from the recruiting agency.

Shrestha appeared confused about where she would be staying the night and for the next few days. She wanted to return home at the earliest, but not empty-handed.

"My family did not want me to go to work in China. I defied them hoping for a better future for all of us," said Shrestha. "I had taken a loan from a local money lender. Not everyone here is from a rich family. I must get my money back so that I can go back to my village."