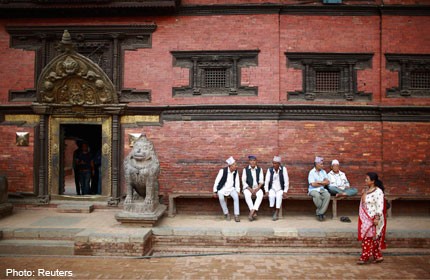 NEPAL - Despite haggling among political parties over the distribution of citizenship certificates, Nepal's Ministry of Home Affairs (MoHA) gave out over 600,000 national IDs in one month.

With a view to ensuring participation of citizens in the Constituent Assembly elections scheduled for November 19, the government had launched two campaigns-one involving mobile teams and the integrated citizenship distribution campaign-across the country in the third week of April.

A Home Ministry source said 181,713 citizenship cards-107,966 for women and 73,747 for men-were distributed at the local level under the mobile distribution campaign.

A citizenship certificate is mandatory for anyone to be listed in the new voter roll with photo and finger prints. According to Ministry officials, 421,381 citizenship cards-205,744 for females and 16,937 for males-were distributed under the integrated campaign. Records at the Ministry show that the number of certificates acquired by women in both the campaigns was higher than that acquired by men.

However, Madhes-based parties claim that their voters are still deprived of citizenship cards, while other parties like the Mohan Baidya-led CPN-Maoist and Rastriya Janamorcha have been demanding formation of a high-level panel to look into the distribution campaigns. They claim that the ID cards were being distributed "haphazardly."

Baidya has been publicly saying that the campaigns were aimed at distributing citizenship certificates to "foreigners".

"In the name of Citizenship Ordinance, the government has misused the citizenship certificates by distributing them to foreigners. Our party has officially decided to launch a nationwide awareness campaign against the rampant misuse of the national IDs," CPN-Maoist spokesperson Pampha Bhusal said.

Many Madhes-based parties are saying that the special campaigns have failed to incorporate a significant portion of the population in the Tarai who are without the certificates.

Senior officials at the Home Ministry, however, claimed that they have distributed the cards to a "significant number" of citizens. "If anyone has been left out, s/he can always have the card made at a nearby area or district administration offices," an official said.

Tens of thousands of citizenship cards were also distributed by amending the Interim Constitution-2007 before the 2008 CA elections. According to the amended Constitution, anyone born or living permanently in Nepal before mid-April 1990 was eligible to have a citizenship certificate.