More than a third of the kimchi used in South Korea every year comes from China.

Despite food-safety concerns sparked by a viral video of a cabbage-processing plant in China, many restaurants in South Korea still use lower-priced kimchi imported from the neighbouring country, according to a new survey.

The poll of 1,000 eateries was conducted by the Korea Food Industry Research Institute in April after video footage of the shabby-looking plant in China went viral in South Korea.

In the clips, a shirtless man can be seen wading through a pool of sludge-coloured liquid filled with cabbages as he transfers them into an excavator.

Other footage shows men in work boots standing atop the vegetables before the pool – which appears to be nothing more than a hole in the ground covered in plastic sheeting – is filled with liquid.

Of the restaurants surveyed, 43.1 per cent said that despite the controversy, they still used kimchi imported from China – only four percentage points lower than before what is known locally as the “half-naked Chinese kimchi maker scandal”.

“Due to the Covid-19 pandemic and social distancing, it’s all the more difficult for local restaurants to abandon low-priced kimchi from China in favour of much more expensive kimchi made in Korea,” said Lee Kyeong-mi, a senior researcher at the institute.

Locally made kimchi costs up to four times as much as its Chinese counterpart. Restaurants in South Korea do not charge separately for the spicy fermented-cabbage side dish, which is served at every Korean meal.

Almost 70 per cent of restaurant operators who use China-made kimchi said they had no plan to shift away from using it, according to the survey.

But not all customers feel the same way. Noh Sok-won, a 64-year-old delivery man, said he had stopped eating kimchi served at noodle shops and low-end Chinese restaurants as it was imported from China. It is obligatory for restaurants in South Korea to identify the origins of ingredients on the menus. 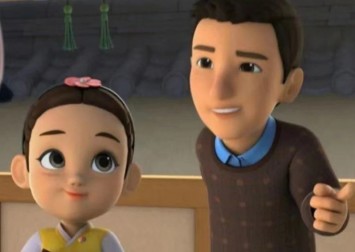 “The footage was so revolting that I can’t eat [that kimchi] any more. I instead eat danmuji [pickled radish] as a side dish,” Noh said.

Korean authorities scrambled to allay concerns after the footage gained widespread attention in March, stressing that the cabbages shown in the clips were not exported to South Korea, but they were unable to stop kimchi imports from China falling 31 per cent month on month to 18,000 tonnes in April, the lowest in almost five years.

However, these imports rebounded more than 21 per cent month on month in May. More than a third of the kimchi used in South Korea every year comes from China.

That month, South Korean regulators said yersinia enterocolitica , a bacteria that causes a rare form of food poisoning known as yersiniosis, had been detected on 15 kimchi products imported from China out of a sample of 289.

Since late last year, South Korean and Chinese social media users have been embroiled in social media clashes known as the “kimchi wars ” over the origins of the dish, which is gaining in popularity worldwide.

Kimchi is often thought of as an iconic Korean food, with kimjang – the process by which it is made and shared – recognised as part of Korea’s ﻿Intangible Cultural Heritage by Unesco in 2013.