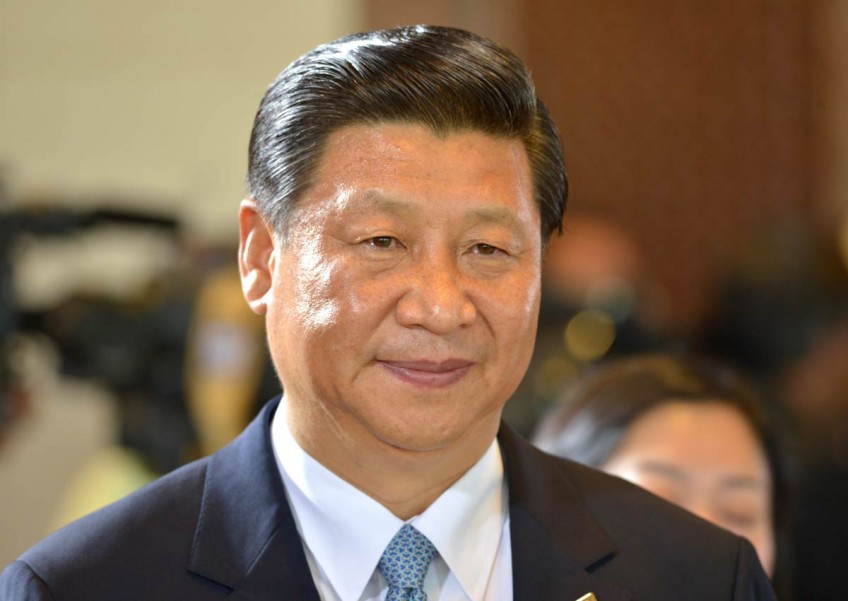 The Xi Jinping Era presents his vision in Chinese and English, and offers glimpses into the president's personal life. Yang Yang reads up.

As a young boy, Xi Jinping once refused to wear an old pair of shoes with floral prints for fear of being teased by fellow students at school. They had belonged to one of his sisters.

But their late father, Xi Zhongxun, who served as a vice-premier of the country, offered a solution: a coat of dye would make the shoes more suitable for his son.

Such personal details of the Xi family, rare to come by in the media, appear in a new book The Xi Jinping Era. It was published in late August in the United States in separate Chinese and English editions.

The book includes excerpts from an essay on recollections by Xi Zhongxun that was first published in People's Daily in 2013, offering glimpses into the life the family led, with handed-down clothing and shoes being part of growing-up for the president and his six siblings. The values have influenced Xi Jinping's policies since he formally took over the country's leadership in 2013.

The book uses nine chapters to present Xi Jinping's personal stories, his blueprint of the Chinese Dream, reforms in the Communist Party of China, the One Belt, One Road initiative of reviving the ancient Silk Road network of overland and marine routes, and the new type of major-country relationship between China and the US.

Chapter 1, "Who is Xi Jinping?" gives fascinating accounts of the president's earlier years such as in Northwest China's Shaanxi province, where he spent his teenage days up to the time he turned 22; his years as a personal assistant to Geng Biao, a former secretary-general of the Central Military Commission that Xi Jinping now heads; his gradual rise to power in Hebei, Fujian and Zhejiang provinces and in Shanghai city.

The chapter draws an image of the president's personal life as a son, a husband and a father. Both Chinese and foreigners will be able to better understand the reasons behind many of his policies. The book also talks of Xi Jinping's student life at Tsinghua University before the "cultural revolution" (1966-76) ended, which is seldom mentioned in his public speeches.

Chapter 3 explains the president's anti-graft campaign that has caught the attention of the world media since he vowed to crack down on corrupt officials of all ranks.

"The book provides a great amount of facts and data on contemporary China. Any researcher on Chinese politics must refer to this book," Zhu Daping, publisher of The Xi Jinping Era, tells China Daily by phone from New York.

A former civil servant, Zhu is the founder and chairman of Beijing Media Time Books, a publishing house that aims to take more Chinese books to the US.

The book's chief editor is James Hsiung, a professor of politics at New York University. He is also an expert on Sino-US relations and the Asia-Pacific region.

In 1987, Hsiung was invited by the Chinese government to meet the late economic reformer Deng Xiaoping in Beidaihe, a seaside town in North China's Hebei province. Their conversation lasted some six hours.

In a separate media interview, Hsiung said his main reasons for editing the book were to refute the "China threat" theory, to objectively introduce the president and the country's development path under his leadership, and to let the world know that the essence of the Chinese nation's rejuvenation is peace rather than aggression.

Apart from Hsiung's broad view of international relations and his academic background, Zhu chose an American scholar as the chief editor out of another consideration.

"I realised that many Chinese books, although popular at home, fail in the US because American reading habits are different from Chinese, and translation is also a big problem," Zhu says. "So, I invited Hsiung to supervise the writing style and language of the book."