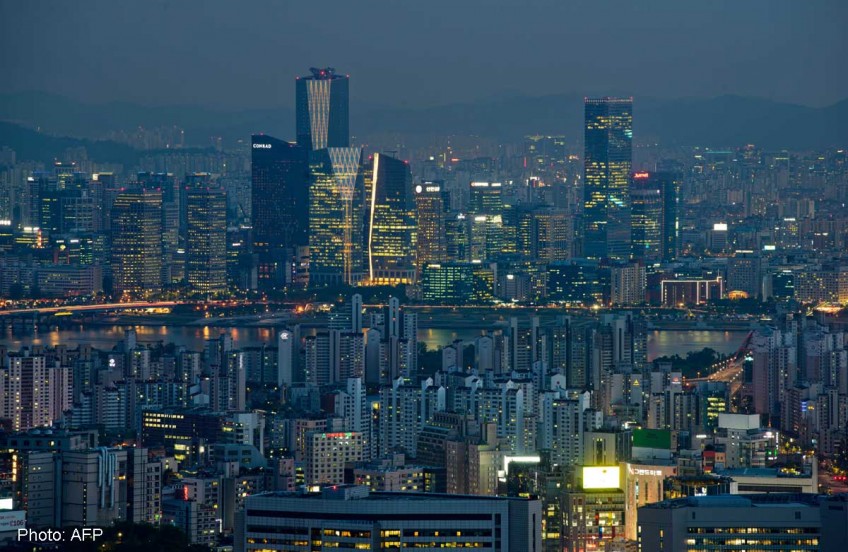 Choi said in his inauguration speech that he would deploy "bold macroeconomic policies" until he sees "signs of recovery and improvement in consumer sentiment."

But despite the daunting tasks he faces, Choi denied plans for a supplementary budget this year, saying instead that he would seek an expansionary budget for 2015.

Analysts had speculated that the new chief, who is a close confidante to President Park Geun-hye, would seek to increase public spending this year.

On Tuesday, the government said it would spend a total of 31 trillion won ($37 billion) starting from the latter half of this year to rejuvenate the economy.

"Instead (of a supplementary budget), we plan on reinforcing (the country's) finances through a variety of alternatives," he told reporters after his inauguration ceremony.

Among the slew of economic tasks that await Choi, the two he is expected to place the biggest emphasis on will be increasing tax revenues and bolstering the housing market and consumption.

The new minister has on many occasions said that the "outdated" regulations in the housing market, in particular, need "immediate" reforms if they are to help sustain the country's economic growth.

The Ministry of Strategy and Finance, under Choi, is now seeking to raise the loan-to-value ratio to 70 per cent from the current 50 per cent for most home trade in the country.

Choi is also seeking to revise debt-to-income rules in a move to boost slumping housing sales.

The Finance Ministry is also expected to speed up the reform measures, including those aimed at boosting the sluggish domestic market.

Choi, in particular, criticised on Wednesday local conglomerates for holding onto their cash instead of investing in the broader economy, indicating he would levy a tax on companies' excessive cash reserves.

He is scheduled to preside over a meeting of economy-related ministers on Friday and is expected to announce a package of stimulus measures, including revised LTV and DTI rules before the end of this month.

Choi, a former floor leader of the ruling Saenuri Party, was tapped as finance minister in a Cabinet reshuffle last month.

His appointment comes as data indicates a slowdown in the country's economic growth.

The Bank of Korea recently lowered its growth outlook to 3.8 per cent from 4.0 per cent, citing growing downside risks and sluggish domestic demands.

"Downside risks are growing in the global economy and the mood is slumping in the wake of the Sewol ferry disaster ... it seems inevitable for us to lower the previous growth outlook for this year," he said without further elaboration.