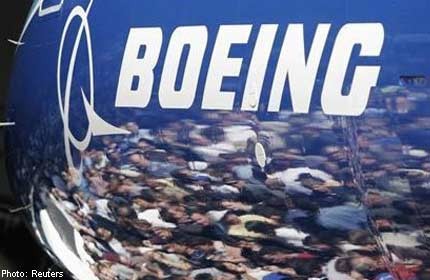 The two Japanese carriers are the trouble-plagued Dreamliner's biggest customers.

ANA said it had discovered the faulty wiring on a plane at Tokyo's Haneda airport before a scheduled flight to Frankfurt. The wiring was later fixed and it departed for Germany.

Two other aircraft were found to be affected by the faulty wiring, an ANA spokesman added. The airline has 20 Dreamliners in service.

Following the discovery, JAL said it recalled a Tokyo-Helsinki flight Wednesday and plans to inspect all 10 of its Dreamliners.

The defective wiring could cause a fire-extinguishing system for the engine to malfunction, ANA said.

The fuel-efficient plane has suffered a series of woes, including problems with its lithium-ion batteries which prompted a four-month worldwide grounding at the start of the year.

In July there was a fire aboard an empty Ethiopian Airlines Dreamliner at London's Heathrow airport.

Despite a lengthy investigation, Boeing has not identified the root cause of the Dreamliner's battery problems, but said it put safeguards in place to prevent future incidents.

Japan's two biggest airlines are in talks over compensation for what they said was more than $200 million in combined lost revenue from the grounding, that forced the cancellation of hundreds of flights.