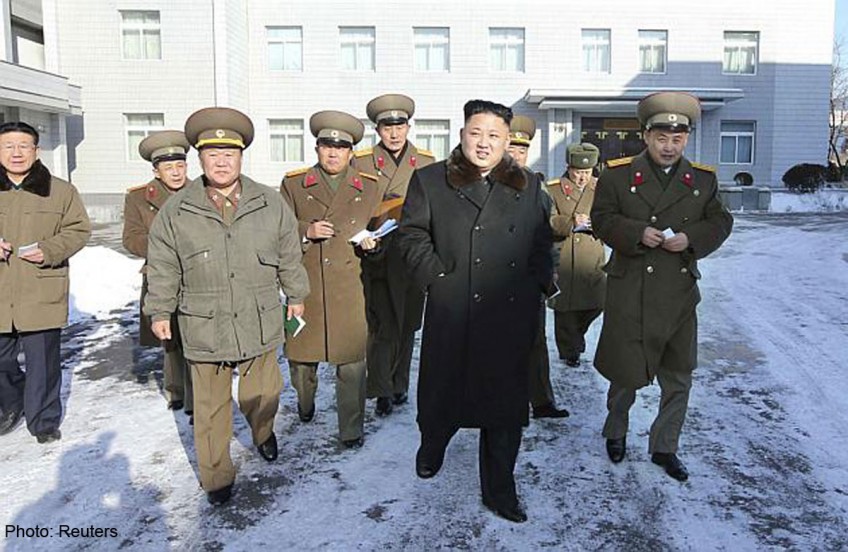 NORTH KOREA - Pyongyang on Friday threatened to reconsider its plans to take part in the upcoming Asian Games in Incheon after inter-Korean talks fell apart with both sides shifting the blame onto each other.

The working-level meeting in the truce village of Panmunjeom ended Thursday without any accord or date for the next gathering. Key items on the agenda were the North Korean team's lodging, transportation and other arrangements for its stay.

As the two sides struggled to reach a compromise, the North's delegates declared that the talks had broken down and stormed out of the conference room, according to Kwon Kyung-sang, the South's chief negotiator and secretary-general of the games' organising committee.

The North's official media accused the South of doing an about-turn after receiving instructions from Cheong Wa Dae in the afternoon and "taking issue" with the scale of its cheering squad and the size of its national flag.

"The South side even raised the cost issue, about which we did not say a word, and mouthed that we have to pay out of our pocket," the official Korean Central News Agency said in a dispatch.

During the talks, the North said it would send 350 athletes and 350 cheerleaders, which would be the largest ever delegation to join a sports event here, requesting the South's support, Seoul officials said. The players are expected to arrive by air and the cheerleaders would use the Mankyongbong 92, a ship that can also serve as a hotel.

The South covered the expenses incurred by its poverty stricken neighbour during the 2002 Busan Asian Games, the 2003 Daegu Summer Universiade and the 2005 Incheon Asian Athletics Championships.

But the Unification Ministry has expressed doubt about whether it will continue the practice though it signaled the possibility of shouldering part of the costs.

"Such an attitude prompted a collapse of talks and constitutes a deliberate act of impeding our participation in the games," the KCNA said.

"We declared that we will fundamentally reconsider our plan if the South maintains a defiant attitude and our participation entirely rests on the South's attitude."

Seoul dismissed the argument as "irrational," calling for a "sincere attitude."

"The North side distorted and took issue with our efforts to confirm necessary details in practical matters and announced that the negotiations have failed," a senior ministry official told reporters on condition of anonymity.

"In the afternoon session, we conveyed our stance that the accommodation issue will be examined according to international practices and the use of a large flag should be refrained from, given safety concerns for the cheering brigade."

Despite the war of nerves, the two sides will inevitably hold additional rounds of dialogue to prepare for the games, officials and experts say.

The latest meeting was the first sports-related talks since they met in February 2008 over joint cheering during the Beijing Olympics.

"The breakdown of the dialogue stems from a mix of the South's high-handed manner toward the conditions for the North Korean team's participation and the North Korean delegation's highly limited negotiating power," said Cheong Seong-chang, a senior fellow at the private Sejong Institute.

Seoul should exert a more flexible and accommodating approach given its economic clout and the rare, burgeoning mood for a thaw in cross-border ties, he said.

"The South Korean negotiators were said to have stressed international customs and rules but if you think of North Koreans as foreigners, not as the same people, why would you strive to unify with them and launch a unification preparation committee?" he added.

"If the South looks stingy in the way it treats them, it will be impossible for it to win the hearts of North Koreans."