Get your dose of humorous and wacky stories that happened this week.

Wait, who's that standing next to the newlyweds?

Azly Yozof, a wedding guest in Selangor, did a double-take while waiting for his turn to take a photo with the bride and groom on Sept 8.

Lo! It was his lookalike snapping a photo with the happy couple. He was even donning the exact same outfit — a red tee, blue jeans, and black-framed glasses.

The striking resemblance did not escape Yozof's friend Amir Zulfadhli Zulkifly, who whipped out his mobile phone to capture his reaction to his doppelgänger.

Yozof himself turned back with a grin to look at his friends who broke out in laughter.

"They look like twins, but they're not related in any way," Zulkifly said.

A paw-rent was tickled when her cat Memet teared up from the fumes from onions she was slicing on the kitchen counter.

"Sorry for the blurry photos, I was laughing too hard to keep the camera steady," Deana Adziz tweeted on Sept 7.

In a series of photos, unmistakable tears can be seen streaming down the feline's furry face.

Before you think Adziz was bullying her cat, she added that she gave Memet its favourite treats later on as a way of saying sorry.

As adorable as the teary-eyed cat may look, don't go putting onions near them — felines can get really sick or die from eating them. 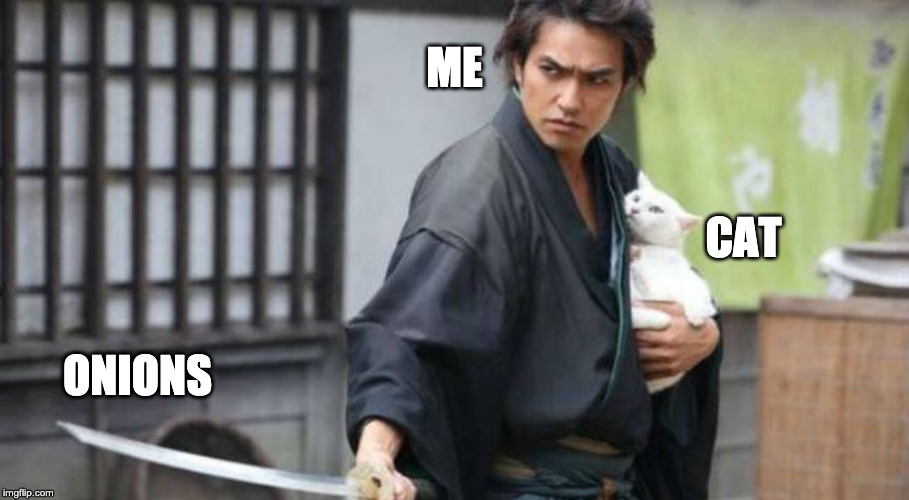 Love it or hate it, durian-flavoured food is here to stay.

Diners can now sink their teeth into chicken nuggets filled with durian paste at KFC in China.

According to some adventurous people who've given them a try, the odd fusion of durian and chicken nuggets actually taste pretty good.

Still, we can't help but wonder if people would walk out of the fast-food joint smelling like the pungent fruit.

#Social media #Food trends #In Case You Missed It