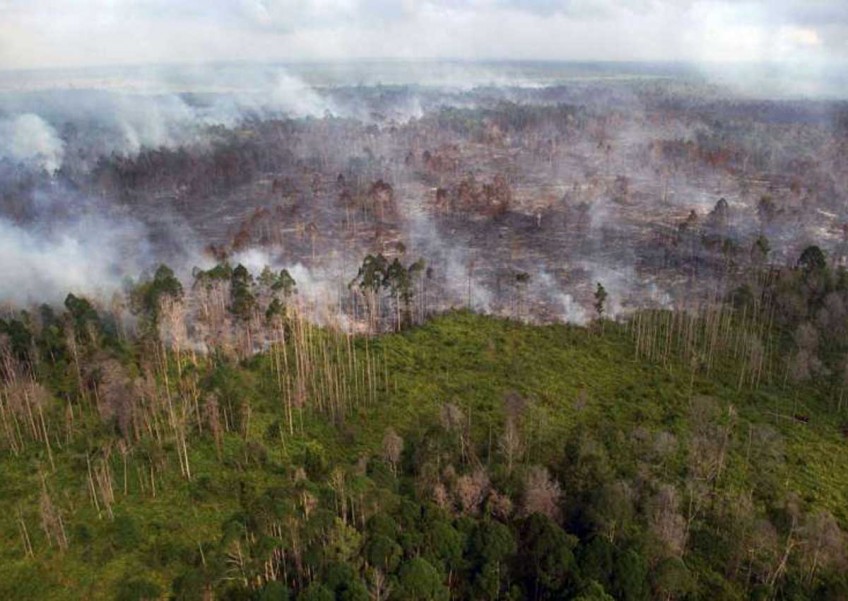 The head of a new Indonesian agency set up to protect peatlands and reduce forest fires has promised that there will be no repeat of the severe haze that affected the region last year.

Mr Nazir Foead, chief of the Peatland Restoration Agency, which was set up in January, said at an event in Singapore yesterday that the Indonesian government and other stakeholders have "full determination" to tackle the haze issue.

"There will be fires but the scale of the fires that create haze... will be dramatically less," he told reporters on the sidelines of the 3rd Singapore Dialogue on Sustainable World Resources at The Ritz-Carlton, Millenia.

"Our target is to have no haze choking our communities, our farms, our cities and our neighbours," said Mr Nazir, formerly a director at WWF-Indonesia.

Peatland fires will be minimalised and quickly put out, he added.

His agency, which was started by President Joko Widodo, aims to restore about 2 million ha of peatlands in seven provinces by 2020.

Mr Nazir's comments come in a week when the Indonesian government had sent mixed signals on the country's deforestation agenda.

While Mr Joko has called for a moratorium on new concessions for oil palm plantations and land for mining activities, the Agriculture Ministry pushed for a zero-deforestation pledge by the private sector to be disbanded.

At yesterday's dialogue organised by the Singapore Institute of International Affairs think-tank, Mr Nazir said the 2.26 million ha of peatlands to be restored have been identified.

He estimated that the maps of damaged peatlands would be published in another three months.

The clearing and draining of peatlands for oil palm plantations in Indonesia is a major factor behind forest fires and the haze affecting the region.

He welcomed plans to make the maps publicly available.

"The maps will help us to know who should be held responsible or even spot where the fires are," he said.

Last December, the World Bank estimated that Indonesia had losses of around 221 trillion rupiah (S$22.5 billion), or an estimated 1.9 per cent of its predicted gross domestic product that year, as a result of haze fires from June to October last year.

The fires led Singapore to experience one of its worst episodes of haze, which was aggravated by the extended El Nino season that causes temperatures to rise.

At the event yesterday, Minister for the Environment and Water Resources Masagos Zulkifli said: "We cannot afford to have massive release of carbon that negates global efforts to combat climate change as was what happened last year."