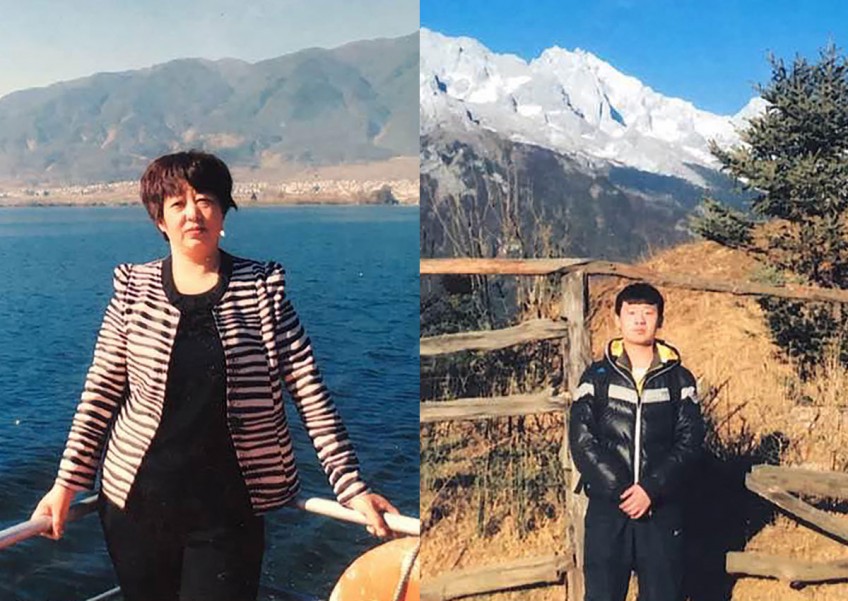 (Right) Yu Huan, 22, was convicted in February for stabbing to death a man who had beaten and humiliated his mother (left) Su Yinxia.
AFP

BEIJING - A virtuous son or a vigilante murderer: the case of a man who killed a debt collector in defence of his mother has sparked heated debate in China, as an appeal court decides whether to uphold his life sentence.

Social media erupted after 22-year-old Yu Huan was convicted in February for stabbing to death a man who had beaten and humiliated his mother.

In a country where law enforcement is weak and frequently seen as corrupt, some web users saw his actions as a proportionate and justified response when police failed to step in.

Others have insisted that "the law is the law" and Yu should serve his full term.

The public fury has reached such a fever pitch that the Supreme People's Procuratorate, China's highest investigation agency, has opened a rare probe into the incident.

Court documents reveal that between 2014 and 2015 Yu Huan's mother, Madam Su Yinxia had borrowed more than one million yuan (S$202,527) for her auto parts manufacturing company from a local real estate developer.

Little by little, she told police, she had paid him back 1.5 million yuan. But the ten per cent monthly interest payments kept piling up, making it difficult for her to get out from under her debt.

The developer, Wu Xuezhan - who has reportedly been detained by police for connections to organised crime - sent a gang of loan collectors to her factory in April 2016, where, Madam Su says, they began yelling at her and her son.

Yu says a man named Du Zhihao then exposed himself.

A police officer arrived on the scene a short time later, witnesses claim, but rather than stepping in to stop the abuse, he issued a mild warning: "If you're here to settle debts don't fight, don't use your fists - just talk it out."

After the officer left, a fracas erupted.

But Yu finished it, pulling out a fruit knife and stabbing four of the men, including Du, who died from blood loss.

The debt collectors deny Madam Su and Yu's claims that they had hit and humiliated them.

Yu was convicted of intentionally causing harm that resulted in death, and sentenced to life.

Wu has since been arrested for gang-related activities, according to local media.

Much of the discussion on social media has centred on whether the country's rule of law has deteriorated to the extent that children need to step in to protect their parents when authorities fail to help.

"If the law doesn't bring justice to this kind of person, what is the law for, anyway?" asked one user on the Weibo social network.

"If anyone dared do that to my mom, I'd kill them right away," wrote another.

It is a sticky issue for the government, which has strongly promoted filial piety - even passing laws requiring children to visit their parents - as part of a nation-wide push to promote traditional values.

In an unusual critique of law enforcement, the nationalistic Global Times on Sunday called for Yu to receive a fair sentence.

"We welcome the Supreme People's Procuratorate's probe into whether Yu was legitimately acting in self-defence and whether the police officers' behaviour can be considered a dereliction of duty," the column said.

Yu's lawyer Yin Qingli told AFP he was hopeful his client would be shown leniency by the Shandong Higher People's Court when it hears the appeal.

"Under the present circumstances, I believe there is a very high chance that Yu Huan's sentence will be changed," the lawyer said.