"We will be more mindful of the issue of diversity," a representative of the firm said on Wednesday, according to Kyodo News.

The video, which had angered many for whitewashing the US Open champion's appearance, was no longer available on YouTube as of Wednesday evening.

The noodle-maker, which has sponsored Osaka for the past two years, has put their current ad campaign with her on indefinite hold, according to Baye McNeil, the African-American columnist for the Japan Times who first reported on the Osaka character's unusual appearance in the advertisement. Meanwhile, manga artist Takeshi Konomi - a Nissin collaborator and the ad's purported designer - distanced himself from the campaign.

He tweeted an illustration of Osaka, saying: "I had nothing to do with the character design in the anime."

In his wildly popular manga series The Prince of Tennis, the artist has previously featured characters of Asian, Caucasian and African descent. 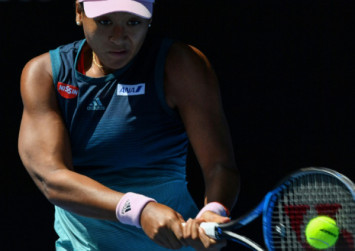 Critics say the ad's removal doesn't make racism in Japan a less pertinent issue. "Nissin might consider this an embarrassment instead of an opportunity to learn something about their customers both here in Japan and around the globe," said McNeil, adding that Osaka is among few people of colour who have fronted brands in Japan.

But Lisa Tanimura, a Japanese writer who specialises in diversity issues within the fashion industry, said Nissin's gaffe would have little impact on Japanese society.

"When I read about Osaka's whitewashing, I wondered how much this [mistake] would resonate," she said. "Probably not much."

She said while racial incidents are "totally wrong or immoral from a Western perspective", Japan had far to go. 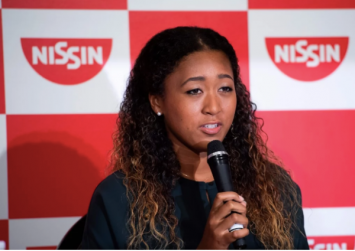 "The problem is people [in Japan] are nowhere as aware about racism as they are [abroad]. Here, they take it as English-speaking people complaining in English … I think there needs to be change."

McNeil agreed that better awareness of diversity issues was needed.

"Pulling the ad might ease Nissin's embarrassment in the meantime," he said. "But if you don't address the mindset that created the ad, you're doomed to make the same mistakes again."

Osaka is currently playing in the Australian Open tournament in Melbourne, where she powered past Ukraine's Elina Svitolina on Wednesday to secure a semi-final berth.