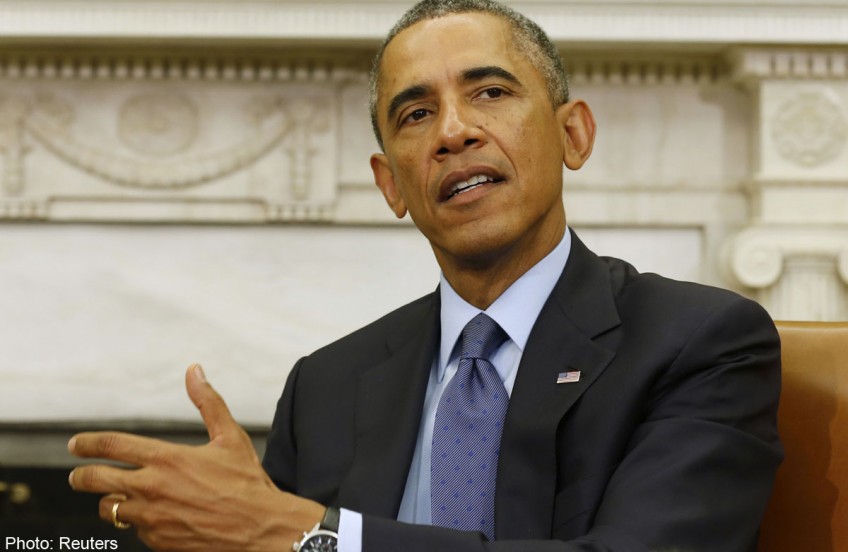 President Barack Obama sent a bill to Congress on Tuesday to strengthen US cybersecurity laws to protect government, businesses and consumers while protecting privacy, after recent hacking attacks against Sony Pictures, Home Depot Inc and Target Corp , and on Monday the federal government itself.

SEOUL - North Korea on Sunday slammed fresh US sanctions against it, calling them hostile and repressive policies by Washington.

US President Barack Obama issued an executive order authorising expanded sanctions against North Korea in the wake of the hacking of Sony Pictures Entertainment, which Washington blamed on Pyongyang.

"The policy persistently pursued by the US to stifle the DPRK (North Korea), groundlessly stirring up bad blood towards it, would only harden its will and resolution to defend the sovereignty of the country," North's state-run KCNA news agency quoted its foreign ministry spokesman as saying.

"The persistent and unilateral action taken by the White House to slap 'sanctions' against the DPRK patently proves that it is still not away from inveterate repugnancy and hostility toward the DPRK," it said.

North Korea was hit with more sanctions on Friday designed to impede access to the US financial system.

The US government named three entities, including North Korea's military intelligence agency, and sanctioned 10 people with links to weapons sales and proliferation.

Financial sanctions have been effective in bringing pressure on Iran and Russia, but they have had limited impact on North Korea, which has been sanctioned by the United States for more than 50 years.

"It's not as if they travel a lot abroad to western Europe or the United States ... They don't have billions of dollars in western banks," said Joel Wit of 38North, part of the US Korea Institute at Johns Hopkins University in Washington.

Pyongyang has denied involvement in the cyberattack. Washington said there was no evidence that any of the three entities or the individuals were linked to it.

Treasury Secretary Jacob J. Lew said in a statement that Washington had a "commitment to hold North Korea accountable for its destructive and destabilizing conduct."

Lew said that even as a probe by the FBI continued "these steps underscore that we will employ a broad set of tools to defend US businesses and citizens, and to respond to attempts to undermine our values or threaten the national security of the United States."

The cyberattack that crippled Sony's networks occurred as the company was preparing to release the film "The Interview," a comedy centred on plans to assassinate North Korea's leader Kim Jong Un.

Obama signed an executive order imposing the new sanctions, which deny designated persons access to the US financial system, and authorise the Treasury Secretary, in consultation with the Secretary of State, to apply sanctions against officials of North Korea's government and the ruling Workers' Party of Korea, and people acting on their behalf or in support of them.

"That will allow us at the time and place of our choosing to impose sanctions on any of those Korean officials," a senior administration official told reporters during a telephone briefing.

The White House said on Friday that the Reconnaissance General Bureau was linked to North Korea's capacity to wage cyber warfare, but it did not link it directly to the Sony hack attack. Korea Mining Development Trading Corp and Korea Tangun Trading Corp have been previously sanctioned.

The 10 North Koreans named in the new sanctions worked for the two companies but are not part of the North's top leadership.

Despite past sanctions that have been designed to curb North Korean's nuclear capabilities, Pyongyang has pressed ahead with its nuclear programme.