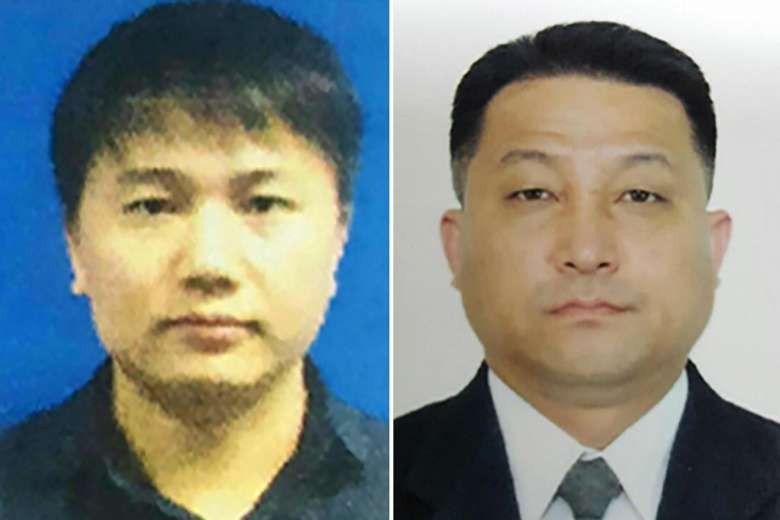 KUALA LUMPUR - Two - and possibly three - North Koreans wanted for questioning over the murder of the estranged half-brother of their country's leader were believed to have accompanied the coffin of the victim on a flight from Kuala Lumpur after Malaysia agreed on a swap deal with the reclusive state.

The pictures match those released by the Malaysian police earlier. The coffin carrying the body of Kim Jong Nam was also believed to have been on the same flight, though this has not been confirmed by authorities.

The three men and the coffin are expected to be transferred to a flight to Pyongyang.

Malaysian authorities released the body of Kim Jong Nam to North Korea on Thursday, in a deal that secured the release of nine Malaysian citizens held in Pyongyang after a drawn out diplomatic spat.