Is North Korea's move to cut ties with Malaysia a 'test' for Joe Biden?

A move by Pyongyang to sever ties with Malaysia, following the extradition of a North Korean national to the United States on money-laundering charges, could be aimed at testing the administration of US President Joe Biden, according to analysts.

Pyongyang announced on Friday that it was cutting diplomatic ties after a Malaysian Federal Court panel earlier this month threw out an appeal by the North Korean, Mun Chol-myong, to stop the extradition.

Mun faces four charges of money laundering in the US and two of conspiracy to launder related to his business in supplying prohibited luxury goods to North Korea from Singapore.  He was put on a flight to the US on Wednesday.

North Korea’s Foreign Affairs Ministry said that in agreeing to the extradition, Malaysia had committed an “unpardonable crime”.

Malaysia’s New Straits Times reported on Friday that the North Korean embassy in Kuala Lumpur was preparing to end operations.

“Yes, we will be shutting down,” charge d’affaires Kim Yu-song was quoted as saying. “We are now discussing the plans with our staff here and liaising with our government.”

Malaysia’s Foreign Affairs Ministry denounced North Korea’s move as “unfriendly and unconstructive” and one that disrespected “the spirit of mutual respect and good neighbourly relations among members of the international community”.

It also said Malaysia would now close its embassy in Pyongyang, whose operations had been suspended since 2017, and that it would order all diplomatic staff from the North Korean embassy to leave Malaysia within 48 hours.

Several analysts said Pyongyang’s anger at Malaysia may in part be aimed at gaining leverage with the US.

Hoo Chiew Ping, a senior lecturer in strategic studies and international relations at the National University of Malaysia, said that while North Korea viewed Malaysia as having “offered” a North Korean citizen “as a sacrifice to the hostile US”, the timing of the row suggested it was aimed at making a larger point with the White House.

“North Korea is signalling to the US that [it] is unlikely to talk to the Biden administration” and may be returning to its old strategy of avoiding communications with the US combined with provocations, such as nuclear tests, “to ensure regime survival”.

Bridget Welsh, a research associate with the University of Nottingham Asia Research Institute Malaysia, also said North Korea was looking to “test” Biden, and that this case presented them with the opportunity to do so.

“This has been the pattern of the past – to test new administrations in the US” to see how they respond to such moves by the North, she said.

Malaysia formally established diplomatic relations with North Korea in 1973 and opened an embassy in Pyongyang in 2003, and it had acted as a liaison between Pyongyang and the wider world in some instances until the embassy suspended operations in 2017 after the poisoning of North Korean leader Kim Jong-un ’s brother, Kim Jong-nam , at Kuala Lumpur International Airport.

Shahriman Lockman, director of the Institute of Strategic and International Studies Malaysia, called the North Korean move to end ties with Malaysia “puzzling” because there was “no great incentive for Malaysia to cave to North Korean pressure” given the lack of trade between the two countries, especially since Kim Jong-nam’s poisoning and death on Malaysian soil.

A history of tensions

The tussle between Malaysia and North Korea over Kim’s assassination led to the expulsion of the Malaysian ambassador to North Korea the same year.

The women charged with the crime of poisoning Kim – one Vietnamese and one Indonesian – were later acquitted and released upon requests by their respective governments. Malaysia also filed a “red notice” through Interpol to locate and extradite four North Koreans believed to have masterminded the operation.

“The relationship has never been the same since North Korea used Malaysian soil to kill one of its own,” Welsh said. “North Korea is responsible for the deterioration of its relationship with Malaysia.”

Read Also
North Korea to sever ties with Malaysia over extradition of citizen to US: KCNA 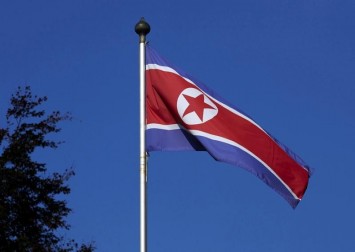 Under the previous government of Mahathir Mohamad , Malaysia had planned to reopen its embassy in Pyongyang, but that plan was put on the back burner when Muhyiddin Yassin took power. Hoo, of the National University of Malaysia, said North Korea was no longer a priority under Muhyiddin’s Perikatan Nasional government.

Yang Moo-jin, a professor at the University of North Korean Studies in Seoul, called Pyongyang’s move to sever ties with Malaysia “pretty bad news” that will “seriously damage efforts to improve ties between the US and the North”.

“I am afraid it could become a second BDA issue,” he said, referring to the freezing by the US of $25 million in North Korean funds at Macau’s Banco Delta Asia in 2005 and the sanctioning of the bank on grounds that it was laundering money for North Korea.

The North at that time angrily reacted, boycotting US-led multilateral talks on the denuclearisation of the North and conducting its first nuclear test in October 2006, followed by a series of ballistic missile tests.

Following a year-long deadlock over the issue, the money was unblocked in 2007 after an agreement was reached on denuclearisation, but the deal consequently collapsed, with both the US and the North blaming each other for failing to hold up to their ends of the deal.

“This extradition issue should have been dealt with by taking account of political reality rather than legal precision,” Yang said. “It will now make it much more difficult for diplomacy to work.”