Not sure bet Macau can smoothly reinvent itself 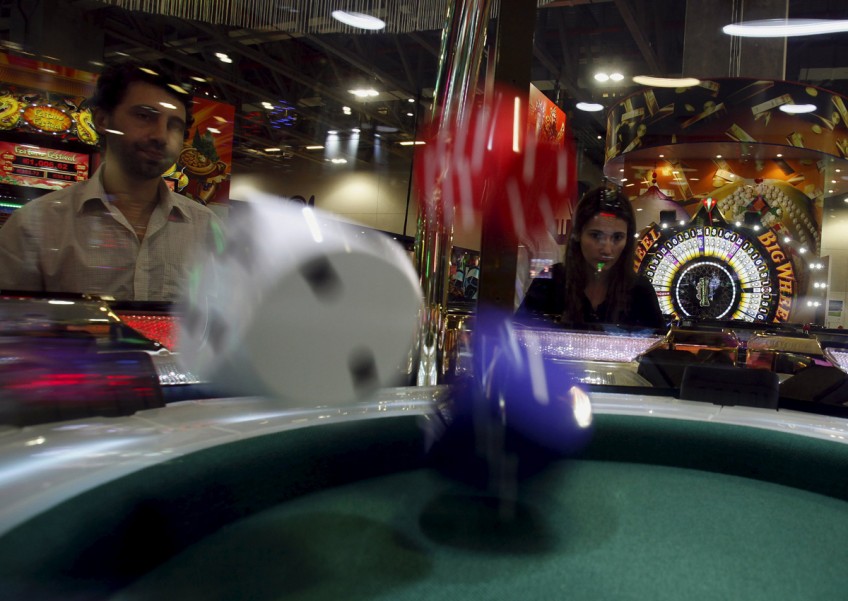 MACAU - Macau is looking to reinvent itself as its casino fortunes lose their shine. But it will not be an easy road ahead, according to the city's observers.

The Chinese enclave has acquired a large swathe of marine territory from mainland China, which has increased its size by almost three times and would afford it the needed space to develop industries other than gaming, its main generator of revenue now.

Macau is now no longer a meagre 30 sq km - which it had been since Portugal returned it to China in 1999 - with the official addition of 55 sq km in mid-December, the bulk of it being waters which can be turned into land by reclamation.

These waters to the south and east of Macau had long been used by its government, but were not recognised as its dominion and could not be freely transformed before Beijing made the concession, reported China's official Xinhua news agency.

Also handed over was a 0.038 sq km land area occupied by Macau's Customs building on its northern border with the mainland's Zhuhai city.

Finally, half of a waterway between Zhuhai and Macau, called Canal Dos Patos, now comes under the latter.

Ieong Tou Hong, chairman of Macau Economic Development Promotion Association, pointed out that Macau in 2009 had been approved by China to reclaim 3.5 sq km of land from the waters, which would extend its coastline by more than 20km.

Now that it is given even more maritime space, Macau could have higher aims, such as turning itself into a water tourism centre offering pleasures ranging from luxury cruises to yachting, Mr Ieong told the Hong Kong-based weekly Yazhou Zhoukan.

He also hopes a bigger Macau could attract larger and higher-quality companies to set up shop on its soil so that it is not stuck with only small local enterprises and foreign gaming giants.

Only after Macau has broken out of its gaming cocoon and ventured into other industries can it strike out for regional collaborative projects such as what Singapore has done with the Suzhou Industrial Park in China, added Mr Ieong.

"Now, that long-term ambition must start with first having enough physical space for growth," he said.

The 2016 policy blueprint of the Macau government has also listed exhibition and Chinese medicine as two potential industries that it could foster.

Chinese President Xi Jinping has repeatedly warned Macau that relying solely on gaming is not the way forward, as there is a growth ceiling to the industry.

According to Tam Chi Keung, a Macau political analyst, Mr Xi himself has aggravated Macau's situation with his drawn-out anti-corruption campaign.

That has caused high-rolling mainlanders who patronise the VIP lounges of the gaming hub's casinos to dwindle in numbers, added Mr Tam.

These lounges are where the casinos get most of their proceeds.

With the gaming houses not doing well, non-gaming industries, such as culture and education, will have to expand their contributions and become the dominant trend in Macau, he said.

"Besides making Macau a more exciting place, this would also divert tourists from other overcrowded sites," he added, referring particularly to the thoroughfare Avenida de Almeida Ribeiro leading to the famous Ruins of St Paul's.

But according to Joe Fong, a member of the Macau Chamber of Commerce youth committee, economic diversification is critical mainly because the majority of Macau's youth are now ending up as casino dealers for lack of job choice.

"With only 400,000 permanent residents, Macau is stuck with a small market and relies on only one industry," said Mr Fong.

"The coveted new industries need professional knowledge and qualifications but the young of Macau generally don't have them," he pointed out.

"They should seize every opportunity to get out of Macau to see the world so that they will return with a clearer idea on what they should do for the benefit of themselves and society," advised Mr Fong.