Did you know that high-resolution phone cameras can expose more than just pimples and pores? You might be revealing your location to internet predators without even realising it.

Japanese idol Ena Matsuoka was attacked outside her home last month after a fan figured out her address from selfies she posted on social media — just by zooming in on the reflection on her pupils, according to media reports.

The fan, Hibiki Sato, 26, managed to identify a bus stop and the surrounding scenery from the reflection on Matsuoka's eyes and matched them to a street using Google Maps.

Sato had even approximated the storey Matsuoka lived on based on the windows and the angle of the sunlight in her eyes.

Matsuoka, 21, a member of the J-pop group Tenshitsukinukeniyomi (天使突抜ニ読ミ), was attacked outside her home in Tokyo on Sept 1 by Sato, who had been waiting at a bus stop.

She had just reached her door when Sato approached her from behind, covering her mouth with a piece of cloth.

He dragged her to a dark corner and molested her, injuring her face in the struggle.

Sato admitted to the attack after he was arrested on Sept 17 and revealed that he was a huge fan of Matsuoka.

Fans of J-pop groups have called for better protection of female idols after several high-profile stalking and assault cases in recent years. 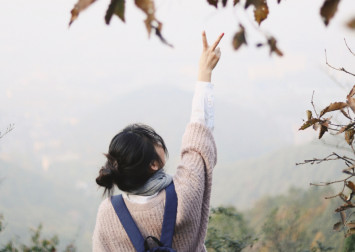 Maho Yamaguchi, ex-member of pop group NGT48, spoke out in January about an alleged assault in which two men entered her home and tackled her.

Japan also revised its anti-stalking laws to cover online harassment after singer Mayu Tomita was stabbed dozens of times by a stalker.

Tomita had tried to report her stalker 12 days before the attack, but police dismissed the threat.