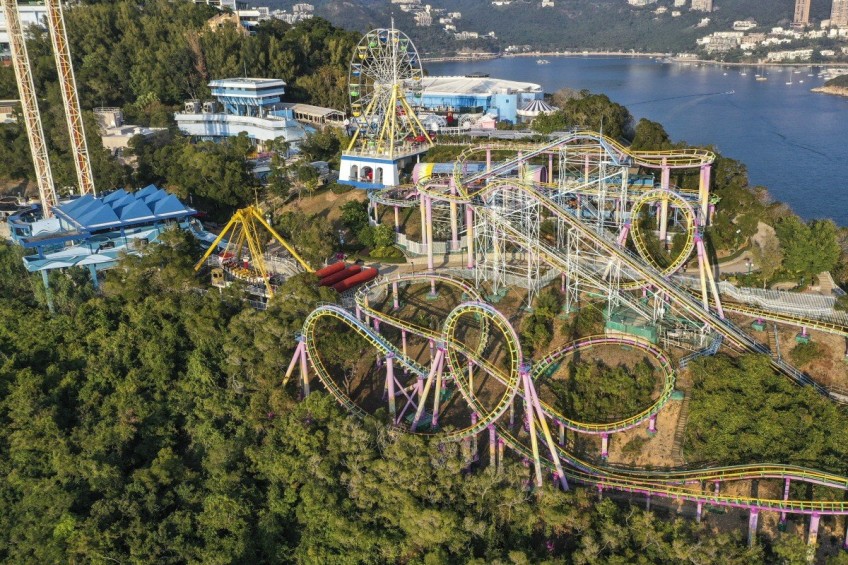 Hong Kong's struggling Ocean Park has revealed it has just HK$400 million (S$69.4 million) in the bank and owes billions of dollars which it cannot repay, but still wants lawmakers to fork over HK$10.64 billion for a major revamp.

Top management and directors from the stricken theme park appeared before the Legislative Council's economic development panel on Monday, where they were grilled about their "failed business".

Park bosses also revealed in the meeting that the budget for its water park, which has had its opening postponed from 2017 to this year, was more than a billion over its original budget of HK$2.29 billion.

It has warned it would run out of money this year if it was not given fresh capital, prompting legislator Regina Ip Lau Suk-yee, from the pro-establishment New People's Party, to ask about the exact figure.

That revelation brought a stinging response from Ip.

"But you owe debts amounting to billions," she said. "If you were an actual business, you would have gone bankrupt. This is a failed business."

The planned renovations, which have government backing, aim to transform the attraction, making better use of its shoreline, and giving it a family friendly appeal that would draw visitors from across the region.

But lawmakers from across the political spectrum cast doubts on the proposal, and took issue with the amount of money needed, and asked how the park could ensure the funds would not be used to pay off the park's massive debt.

The 43-year-old facility, which has been operating at a loss since 2015 and has suffered financially during the anti-government protests, has said it would not be able to repay HK$2.3 billion in commercial loans, and another of HK$3.67 billion owed to the government, both due within the coming two years.

Part of the current proposal also includes delaying the repayment of the government loans by eight years. Unlike the Hong Kong Disneyland Resort, which is co-owned by the government, Ocean Park is run as non-profit-making enterprise, with board members appointed by city officials.

The park's top management and officials from the Commerce and Economic Development Bureau, led by its head secretary Edward Yau Tang-wah, therefore tried to convince lawmakers the funding for the facelift, including seven zones and 20 attractions over the next seven years, would be justified.

Lawmakers voted 7 to 5 for a non-binding motion to support the plan, although that did not come without a grilling.

Pro-establishment lawmaker Holden Chow Ho-ding asked why the government's funding could not be scaled down just to ensure the park could overcome its current difficulties, before venturing into the next big plan.

Roy Kwong Chun-yu and Kwok Ka-ki, from the pro-democratic bloc, asked whether there was a "plan B", or repackaged proposal which could focus on the park's strengths rather than a full-blown makeover.

Yau said the money was not only about helping the park recover, it was also about investing in the future.

"If you can't lure visitors back, this cannot solve the problem," he said.

The park's chairman Leo Kung Lin-cheng said experts had conducted an 18-month study, during which target audience from various countries was also surveyed, before the new plan was finalised.

But Ip dismissed that as "empty talk", and said it would be hard to ensure the plan did not go over budget or suffer delays.