Authorities are trying to determine the extent of a Covid-19 outbreak at Shui Chuen O Estate in Sha Tin.

Hong Kong was hit with a fresh wave of 32 locally transmitted coronavirus infections on Friday, including a cluster in a public housing block, as authorities ordered schools to close and warned of an escalating crisis that would pile pressure on hospital resources.

The city also confirmed another six imported cases, including maritime workers and returnees from India, Kazakhstan, Malaysia and the Philippines, pushing Hong Kong's tally to 1,403, with seven related deaths. At least 10 additional people tested preliminary positive, according to a medical source.

Read Also
US coronavirus cases rise by record for third day in a row, up over 62,500 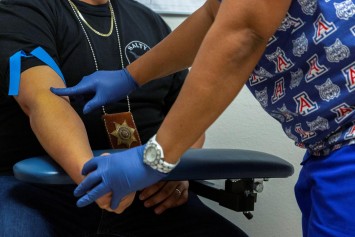 The resurgence in infections prompted the government to announce kindergartens, as well as primary and secondary schools, would start their summer holidays early from Monday.

The Post also learned that air travellers from high-risk countries will be required to produce test results showing they are free of Covid-19 before boarding a flight to Hong Kong.

On a worrying note, the source of infection for nine cases on Friday could not be traced, the Centre for Health Protection said. More than 20 cases are of unknown origin now.

Dr Chuang Shuk-kwan, head of the centre's communicable disease branch, said 11 cases were discovered at Ming Chuen House at Shui Chuen O Estate in Sha Tin. A person confirmed infected on Tuesday was also a resident of the block.

Officers from the health authority, Environmental Protection Department and Housing Department inspected the block, Chuang said, adding they were "a bit worried and quite concerned".

"We found the pipes there are … not linked together," she said, adding the infected residents lived in 10 units. "They were quite scattered, on different floors and facing different directions. We believe the infections were not related to sewage pipes, but could have been spread through public facilities."

A district councillor had earlier said officials were planning to evacuate residents of the block, but Chuang clarified that step was unnecessary given there were "no structural defects" in the building.

One of the infected is a part-time station assistant at the Tai Wo stop of Hong Kong's mass transit system.

Authorities said they would give out bottles to collect saliva samples from people working in restaurants, a shopping mall and a wet market at the estate to determine whether the outbreak had spread. Residents of an elderly care home located on the lower floors of the housing block would also be tested.

Some residents of the block who were classified as close contacts of infected patients were taken to a government quarantine centre in the afternoon.

Hong Kong is battling a third wave of Covid-19 infections, with the latest clusters involving an elderly care home, restaurants and taxi drivers, which helped push the city to a record 34 local cases on Thursday. Authorities described the situation as alarming.

"We are very worried and concerned as there has been wide transmission and the infected cases have a lot of footprints, thus making tracing very difficult," Chaung said. "Overseas examples show if precautions are not taken carefully, cases can easily multiply. It might be better in Hong Kong's situation as many people are putting on their masks."

She reiterated calls for the public to follow a return to tougher social-distancing measures that take effect on Saturday.

"Do not eat out that often, or if possible allow staff to work from home," she said. "We need the public to work together with the government." 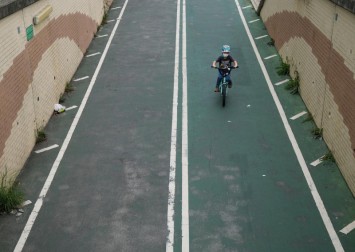 Ten other new cases were linked to previously known clusters, including two restaurants in Ping Shek Estate in Kwun Tong district and Jordan in Yau Tsim Mong district, as well as a group of taxi drivers.

Fresh infections have emerged at the Kong Tai Care for the Aged Centre Limited in Tsz Wan Shan. A resident and a son of a previous case have been confirmed to have Covid-19, taking the total linked to the facility to 34.

Dr Sara Ho Yuen-ha, a chief manager at the Hospital Authority, expressed concern over the pressure an increasing number of elderly Covid-19 patients would exert on medical resources.

"Many of these new patients are aged, with some over 80 to 90 years old, who generally have underlying illnesses," Ho said. "It is expected their days of hospitalisation will be longer, which might put pressure to our isolation facilities."

Occupancy rates for isolation wards in public hospitals on Friday was 68 per cent, approaching the rate of about 70 per cent recorded in late March and early April amid a surge of imported infections.

As a precautionary measure, schools will close early for the summer. "There has not been anyone infected at schools," Secretary for Education Kevin Yeung Yun-hung said. "But because of the surge in confirmed local cases … the Education Bureau has decided that the summer break could be moved up to next Monday. We hope the decision will relieve parents' concerns."

Authorities' attempts to manage the pandemic have also been frustrated by a string of imported cases.

To improve screening, Hong Kong will begin requiring thousands of air travellers arriving from high-risk countries such as India and Pakistan to prove they are free of Covid-19 before they arrive, according to two sources. One of the biggest concerns regarding inbound travellers is the city's limited quarantine centre capacity.

The return to sweeping social-distancing measures expected to hit business at restaurants and bars, as well as some leisure venues, come as the city tries to kick start its economy. One of the biggest commercial events on the horizon is the annual Hong Kong Book Fair, scheduled to begin next week

"The most ideal decision, I believe, should be cancelling this year's book fair," said Dr David Hui Shu-cheong, a respiratory medicine expert at Chinese University. "If anyone from the fair [including visitors or booksellers] became infected, a lot of contact tracing would be needed, which would be a big problem."

Hui said if the government intended to go ahead with the fair, which runs from Wednesday to July 21 and is one of the largest of its kind in Asia, authorities should limit crowd sizes and make wearing masks mandatory.

But Secretary for Food and Health Sophia Chan Siu-chee said the government intended for the fair to proceed, although social distancing and other precautionary measures would be in place.

"We have found that events where people do not wear masks have a particularly high risk," Chan said. "The organiser will be provided with guidelines and should implement measures including temperature screening, [providing visitors with] hand sanitisers, as well as keeping social distancing to 1.5 metres between people."

Dr Ho Pak-leung, an infectious disease expert from the University of Hong Kong, predicted a bleak period ahead for the city.

"I believe this relatively bad situation will be sustained for a certain period of time," he said, noting the number of untraceable cases, and the wide age distribution among infected people.

While the current clusters were mainly in Wong Tai Sin and Sha Tin districts, Ho called for additional investigation to determine any transmission patterns.