Tokyo - A 23-year-old construction worker on Tokyo's Olympic Stadium killed himself due to overwork, his family's lawyer said on Wednesday, the latest in a series of cases that have sparked alarm in the workaholic nation.

The employee, whose name has not been released, began working on the project in December and clocked around 200 hours of overtime in the month before his body was found in April.

The official labour bureau has now concluded he had become mentally ill "due to excessively long working hours at the Olympic stadium", lawyer Hiroshi Kawahito said in a statement sent to AFP.

His parents applied for compensation in July and asked the government to recognise his suicide as a case of "karoshi" or death from overwork.

The construction worker went missing in March, leaving a note saying he had "reached the physical and mental limit".

His parents thanked the labour office for the ruling but said they were "extremely heartbroken" they could not save his son.

"The sorrow that we will never see his smile again will not be healed for the rest of our lives," they said.

Authorities are hurrying to complete the showpiece venue for the 2020 Summer Games after initial plans sparked public anger over its $2 billion price tag.

Every year Japan's notoriously long working hours are blamed for hundreds of deaths due to strokes, heart attacks and suicides.

Last week public broadcaster NHK apologised to the parents of a young reporter who died of heart failure after logging 159 hours of overtime in a month.

NHK reporter Miwa Sado, 31, who had been covering political news in Tokyo, was found dead in her bed in July 2013, reportedly clutching her mobile phone. 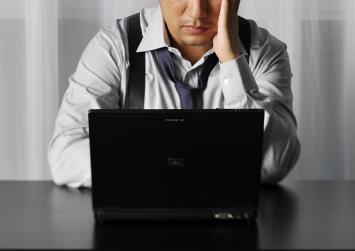 Dentsu's head resigned in December in response to the suicide of a young employee, Matsuri Takahashi, who killed herself after logging more than 100 hours of overtime a month.

Her death generated nationwide headlines, prompting the government to come up with a plan asking employers to limit overtime to a maximum of 100 hours per month. But critics say this is still too high.