Bilal Ahmad Dar stands at the bank of the Jhelum river in the evening after finishing his Covid-19 duties for the day.

Bilal Ahmad Dar was just 14 when he was featured in a 2014 documentary by a local filmmaker titled Saving the Saviour on the conservation of Wular Lake at the foothills of the Himalayas in India's restive region of Kashmir.

The short film, released in 2017, went on to win international accolades and was broadcast on the National Geographic channel. Prime Minister Narendra Modi mentioned Bilal in his weekly radio address to the nation and implored India's youth to follow in his footsteps and protect the environment.

The Wular, considered to be one of Asia's largest freshwater lakes, used to be a source of fish for communities living nearby.

But a decision in the 1950s by the regional government to plant millions of water-sucking willows, to create plantations for growing firewood and timber, ended up almost destroying the water body. In recent years, it became fetid with garbage and plastic.

Bilal recalls hearing stories of the lake's importance to villagers from his late father: "He would tell me the lake gave them everything needed to live — food and water. And we need to take care of it."

After his father's death in 2008, Bilal would row their boat (shikara) round the lake to pick up garbage and plastics that had collected there after flowing in from the Jehlum river that passes through Kashmir's capital city of Srinagar.

He would then sell the garbage to recycling agents to support his mother and two sisters.

Read Also
'We have to feed our children': Delhi's rickshaw pullers battle on through city's toxic smog 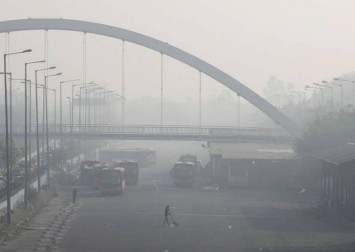 "I started cleaning the lake out of necessity to help my family. But then it turned into a passion. We would use the water from the lake in our homes and when I saw so much garbage in the Wular, I felt a sense of duty to keep it as clean as I could," said Bilal, now aged 21.

In 2017 after the documentary's success, the local government hired Bilal as a "brand ambassador" to help raise awareness on the importance of keeping water sources clean. He was offered a monthly salary of 8,000 rupees (S$145).

Having dropped out of school at 10, Bilal hoped the job would improve his family's financial situation and allow him to continue with his conservation efforts. But he was told he would need to relocate to Srinagar, some 60km away from Wular Lake to fulfil his duties.

When Covid-19 swept through Kashmir last year, Bilal was reassigned to help with pandemic management. Now, he spends most of his day spraying disinfectant in areas with high foot traffic around the city. His "brand ambassador" role is also tenuous.

"I was recently told there is no such post as brand ambassador in the municipality, so they will review my position," he said.

"My salary is also often delayed by months. So I'm not sure what will come next."

Nadeem Qadri, a Srinagar-based environmental lawyer, said Bilal was used by the central and local government for a public relations blitz.

They should have taken concrete steps to conserve the lake, he said. According to a study conducted by the conservation group, Wetland International, the water body has shrunk almost half in size since 1900s due to the plan to grow willows and locals planting vegetables for food around its banks.

"It was not [Bilal's] job to clean the lake. He was doing their work. Instead of taking him away from his home, he should have been given a scholarship to study," Qadri said.

"Today, he would have been better equipped to help conserve the lake."

After the floods that ravaged the valley in 2014, the government had provided US$25 million (S$33.7 million) to restore the lake to its once pristine condition. 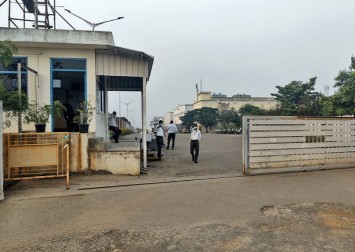 However, Qadri said most of those funds were spent on dredging — a process of removing silt and other material from the bottom of the lake — instead of focusing on improving its biodiversity, among other things.

Qadri has been assisting the Kashmir High Court to oversee the government's efforts in conservation.

"The Kashmir court had strictly directed the administration to make sure there was proper solid waste management around the lake, but the waste from 33 villages around the lake continues to be dumped into the water," he said.

For the last four years since Bilal has been living in Srinagar, he has only been able to see his mother — living alone in a house badly damaged in the floods — once every few months.

"I have been planning to repair our house for the last seven years, but I hardly manage to save enough money to send to my mother for basic necessities. I don't know now if that is even possible."