ONE Championship announces 2018 schedule of events 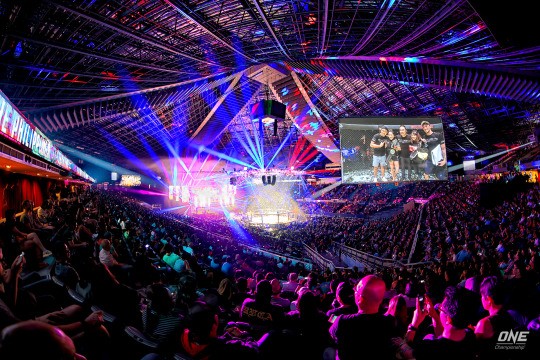 ONE Championship still has an entire quarter of the year to go, but the company is already looking even further into the future.

The Asian martial arts giant recently unveiled their action-packed lineup for 2018, which is slated to feature 24 events over the entire calendar year.

The promotion is scheduled to stage its long-rumored inaugural cards in Seoul, South Korea, and Tokyo, Japan. In addition to that, they will hold additional shows beyond the usual twice-a-year affairs in the key Asian markets of Bangkok, Jakarta, Manila, Singapore, and Malaysia.

“We have 24 massive shows planned for all sports fans in Asia and will continue to showcase the absolute best in martial arts, delivered by our homegrown martial arts superheroes. 2018 is going to be an epic year of action and I can’t wait to get things started.”

ONE Championship is already experiencing a banner year. Besides tremendous growth in social media presence, TV ratings, and broadcast footprint, the organization also secured a huge investment round from Sequoia Capital and Mission Holdings. Sequoia is the same company that has financially backed the likes of Apple, Facebook, PayPal, and YouTube.

ONE Championship’s 2018 calendar of events is outlined below.