Online sexual abuse in Indonesia has more than doubled during pandemic

According to Komnas Perempuan data, 659 cases of online sexual harassment or abuse were reported from January to October of this year.

The National Commission on Violence Against Women (Komnas Perempuan) has found that reported sexual harassment and abuse, particularly online, has risen significantly this year as the nation endures the Covid-19 pandemic.

According to Komnas Perempuan data, 659 cases of online sexual harassment or abuse were reported from January to October of this year.

"The number is more than double that of 2019, with 281 cases," Komnas Perempuan commissioner Mariana Amiruddin said on Tuesday.

Most of the reports filed with the commission were related to sexual abuse, such as the nonconsensual distribution of private sexual content, she said.

"The patterns and contexts of the cases are difficult to comprehend by the general public, such as cases that are related to fetishism, swingers and other new cases," Mariana said.

The commission shared the data as part of the 16 Days of Activism Against Gender-Based Violence. The international campaign started on Nov 25, the International Day for the Elimination of Violence against Women, and will run until Dec 10, Human Rights Day.

An earlier report by the Southeast Asia Freedom of Expression Network (SAFEnet) corroborates Komnas Perempuan's findings, revealing that digital harassment and the abuse of women has increased at an alarming rate since last year. 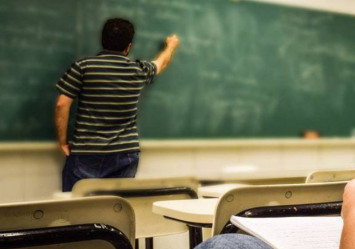 SAFEnet received 60 reports of online sexual harassment and abuse in 2019. The victims in 53 of the cases were women, and the remainder declined to reveal their gender.

The most common form of online sexual abuse reported to the network was the sharing of private videos without consent, making up 45 of the cases, followed by privacy violations with seven cases, SAFENet executive director Damar Juniarto said on Nov 10.

There were also two cases of impersonation and three cases involving the sharing of intimate photos in the digital sphere without consent. Other reports included public shaming and other forms of privacy violation.

While most cases were found to involve a former partner seeking revenge, SAFEnet found several cases that appeared to be politically motived.

"For example, there was a case of a female activist whose nude photos were distributed without her consent and who was accused of having an affair with a fellow activist, allegedly aiming to undermine her work in rejecting the controversial revision of the Corruption Eradication Commission [KPK] Law," Damar said.

Amid the rise in reported sexual abuse in the country, victims continued to struggle to get justice, Komnas Perempuan noted.

According to the commission, 21,841 sexual abuse cases were reported to Komnas Perempuan from 2016 to 2019, 40 per cent of which were rape cases. 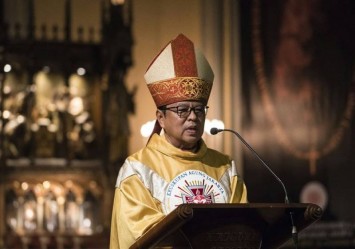 "However, less than 30 per cent of the rape cases were processed in court," Mariana said.

The main factors that prevented victims from obtaining justice were an insufficient legal framework for certain cases, a burden of proof that lay heavily with victims and a persistent victim-blaming culture, she added.

Komnas Perempuan highlighted the need to quickly pass the long-awaited sexual violence eradication bill (RUU PKS), which has been stalled in the House of Representatives after being dropped from the year's National Legislation Program (Prolegnas) priority list in July.

"The unavailability and derailment of a legal framework to protect victims of sexual abuse is a form of negligence and a violation of women's constitutional rights as citizens protected under the law," Mariana said.

The commission urged the government and the House to include the sexual violence eradication bill in the 2021 Prolegnas.