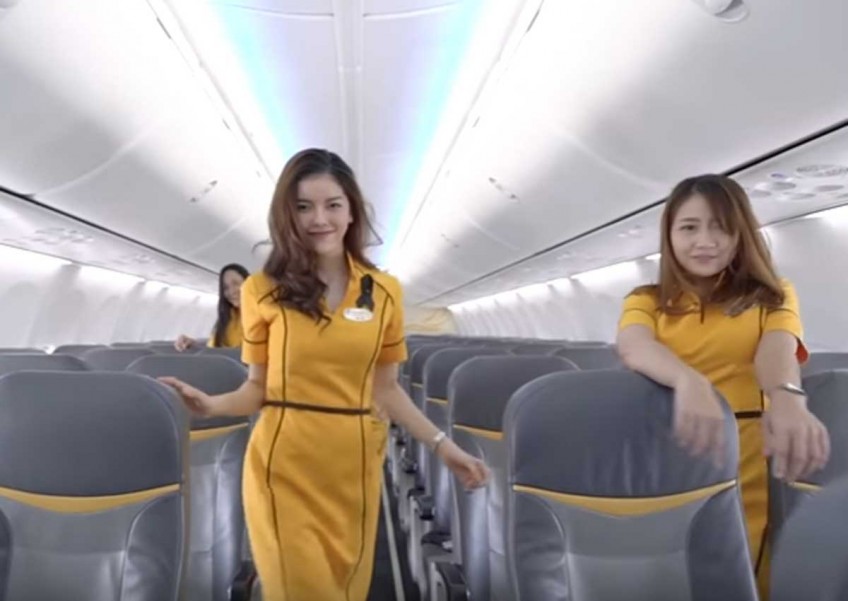 What do cabin crew and Britney Spears have in common? They all love to dance along to her hit song Toxic, where the popstar plays a flight attendant in the original music video.

Now, another cover of the 2003 tune has gone viral and this time, it is made by air stewardesses from Nok Air as part of Britney's concert tour to Bangkok on Friday and Saturday.

The 1 min and 21 sec clip shows the yellow-uniformed crew dancing and lip-syncing to the lyrics on board an empty plane.

The video, which was uploaded on YouTube on june 21, has garnered over 650,000 views as of June 25, with comments complimenting the crew's initiatives.

Another user by the name of Willie Booker said: "They just won my business."

Britney has yet to respond to the video. She will be flying to Hong Kong next before stopping at Singapore on June 30 for her first major concert here.

If you find Nok Air crew's video familiar, it's because it's not the first time cabin crew have attempted it. The first cabin crew Toxic performance was done by Malaysian steward Assraf Nasir in March - and solo too.

A Toxic performance on A330 by @AssrafNasir. Cc @britneyspears ???? pic.twitter.com/xoRksL1DZw

The AirAsia steward became a worldwide internet sensation after he uploaded a clip of him nailing Britney's Toxic dance moves in an empty AirAsia X plane - and having a ball of a time doing so too.

He told The Star in an interview that they had filmed this in the plane in Taipei after they were done cleaning up the cabin.

Now, which airline do you think will be the next one to take on Britney's Toxic moves?