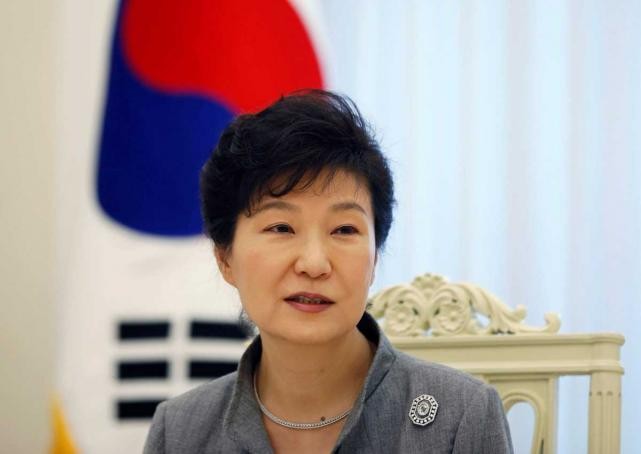 SEOUL - Ousted South Korean leader Park Geun-Hye was assailed by newspapers and politicians Monday for her defiance over the court ruling that ended her tenure as president.

Park left Seoul's presidential complex on Sunday, two days after the Constitutional Court upheld her impeachment by parliament and stripped her of executive power and privileges.

"It will take time but I believe that the truth will eventually be revealed," she said through a spokesman after arriving at her private home in Seoul - her first remarks since the ruling.

TV footage showed a broadly smiling Park waving to hundreds of supporters who gathered around her home, taking selfies with some as many chanted "Our president forever!" The conservative Dong-A Ilbo daily, which long supported Park, said in a front-page headline: "To the last... there was no word of acceptance" of the ruling.

Thousands of her supporters staged protests in Seoul after the court verdict, with violent clashes leaving three protesters dead and dozens including police and journalists wounded.

In an editorial, the centre-right JoongAng Ilbo daily accused her of trying to incite her remaining supporters and hampering an impending probe into allegations against her.

"Park Geun-Hye's defiance - is she trying to break the nation into two?" it asked.

Park has been named as an accomplice to the secret confidante at the heart of the corruption and influence-peddling scandal that triggered her dramatic downfall.

Park is accused of offering policy favours to businessmen who paid Choi, including the heir to the smartphone giant Samsung, Lee Jae-Yong, who has been indicted for bribery and other offences.

A new presidential election must be held by early May, and opposition politicians urged Park's investigation.

"To the last, Park did not say a single word of apology and only talked of the so-called truth in apparent disobedience of the ruling," said Choo Mi-Ae, leader of the main liberal opposition Democratic Party (DP).

She call for a "swift and resolute" investigation into Park and "stern punishment" if she was found guilty.

Moon Jae-In, a former DP lawmaker and the presidential frontrunner, described Park's remarks as an "unacceptable" bid to paint the court as flawed.

"This is an unacceptable behaviour, after her scandal left the country's reputation deeply tarnished and South Koreans deeply traumatised," he said.

Read Also: Park Geun-hye stripped of all presidential perks, to move out of Blue House immediately

Another opposition group, the People's Party, slammed Park for "showing zero willingness" to honour the Constitution and urged her to co-operate with prosecutors.

As president, Park repeatedly refused to make herself available for questioning, but has now been stripped of the executive privilege that gave her immunity from prosecution.

The prosecutors are reportedly mulling imposing a travel ban on the 65-year-old daughter of late former dictator Park Chung-Hee.